Onward and upward!  This afternoon I cut out the penultimate SWAP item, a second use of the Truly Victorian Tail Bodice, TV#462.  Version 1 was the short-tailed version, in green tweed, for pack #1, with long sleeves and a keyhole neckline. 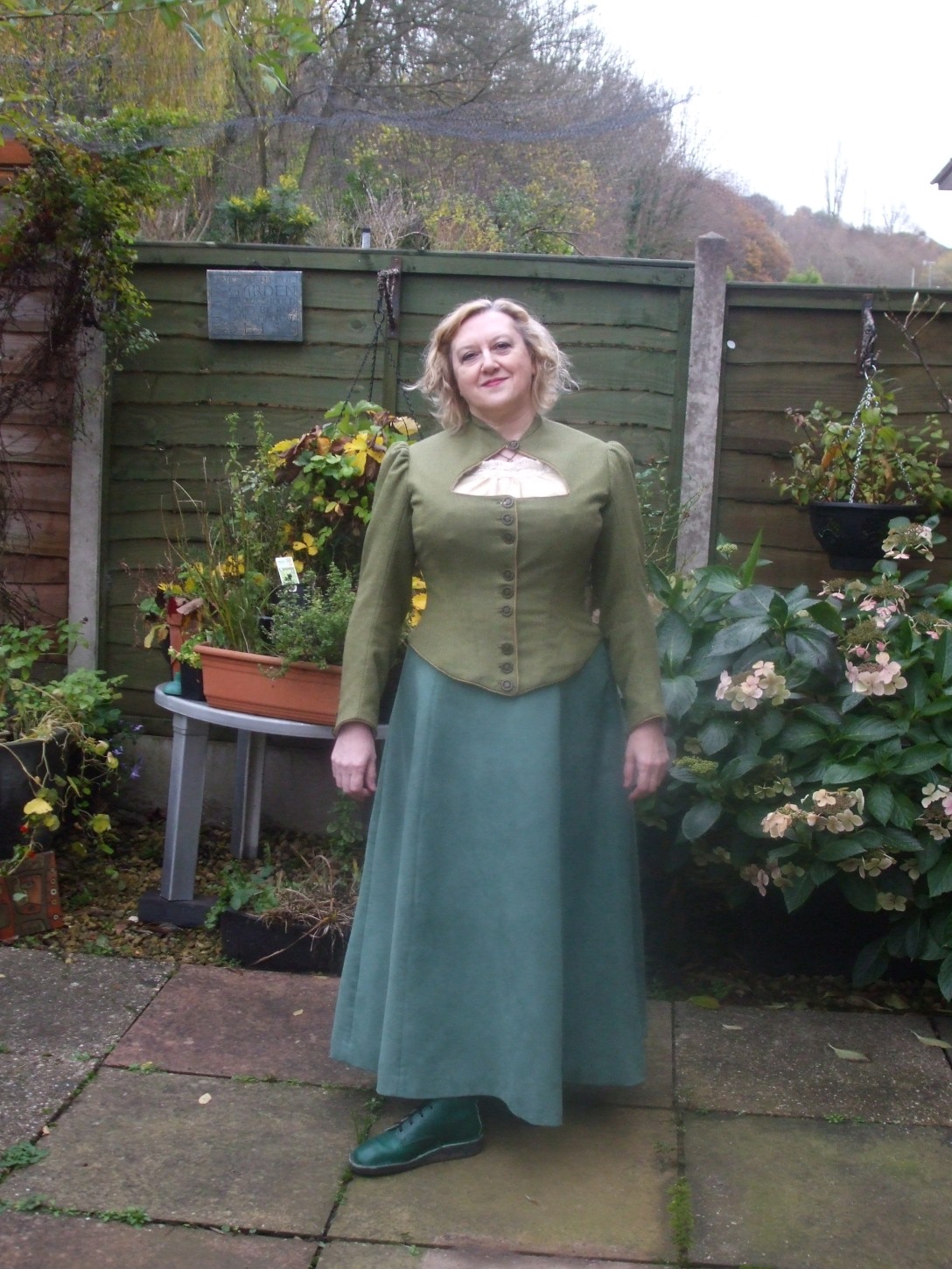 This is the long-tailed version, and should be even nicer, as I’ve nailed the fit of these TV bodices, having done an FBA and traced off a pattern piece on wallpaper lining, so it’s sturdy enough to use as a template for all other TV styles…I hope.

The fabric is an embroidered and sequinned dark purple poly taffeta, which I was given several years ago by a FB friend who said he had no use for it.  It turned out to be around 10m of loveliness, for which he wouldn’t accept any dosh, but it’s languished in stash since, waiting for its day.  And here it is. 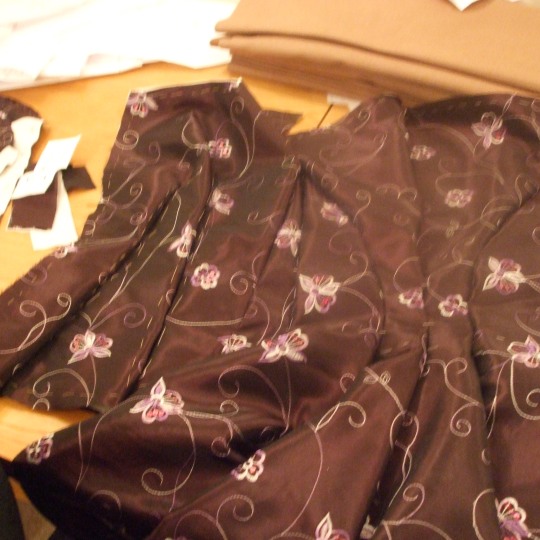 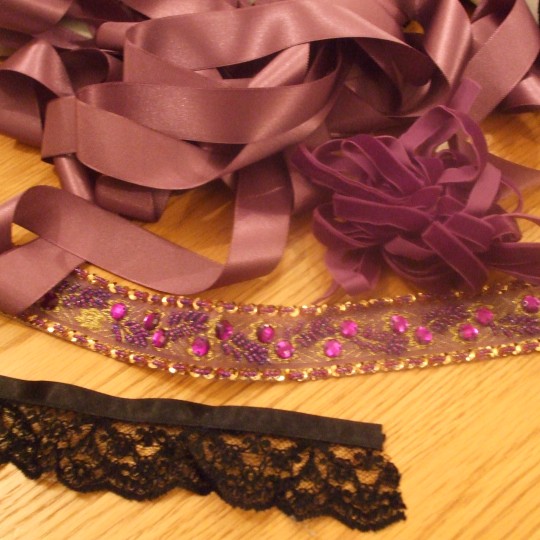 The tail bodice is quite fabric greedy, using about 4 yards…but I still have 6 or 7 left, so this will go back into stash until I have time to make a matching skirt.  In the meantime, this will be worn over the silver skirt [which I need to do a little fix on, as that sag in the front panel is bugging me more and more.] 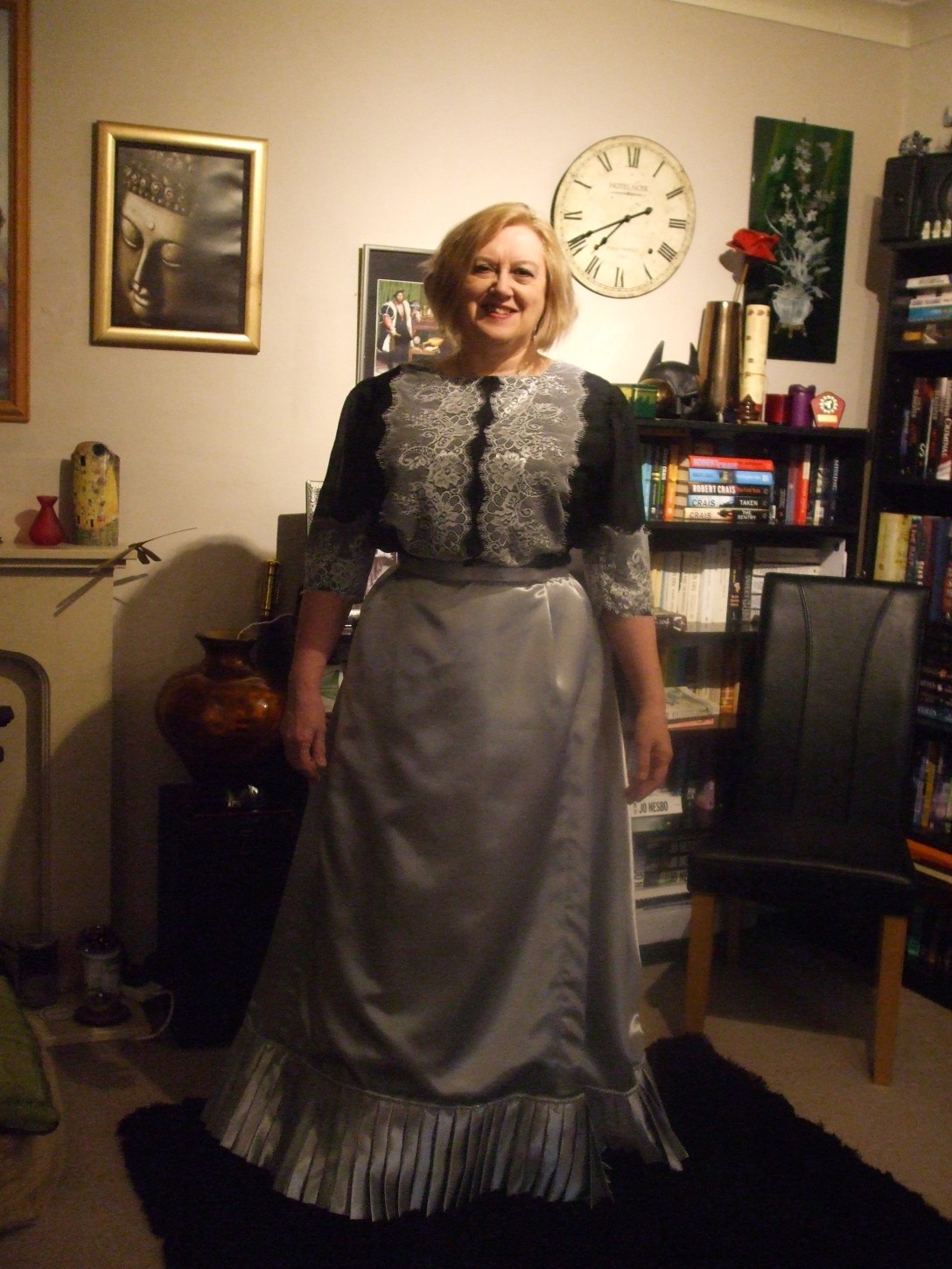 All of these outfits are intended to be worn in August, at the Weekend at the Asylum, in Lincoln, the steampunk’s answer to Whitby’s Goth weekends. The lilac outfit will be worn for Dinner with Her Majesty, and this one will be for the Saturday evening , a Buck Rogers themed event.  I think I will need to make a Minge the Merciless standing collar to add to it, but not as part of the SWAP.  Yes, I said Minge.

So there it is. underlined and pinned for tomorrow’s sewing.  I also cut out a side project:  my daughter is off to a beer festival soon, and asked me to make three pairs of lederhosen for her and her friends…I pointed her at a downloadable pattern, she purchased it, then decided that they’d rather have skirts.  But not dirndls, she wants them to have the lederhosen straps and ‘bib’ fronts.  When she popped down to Brum we trotted off marketwards, and ended up buying several metres of rather nice caramel coloured corduroy [oooh alliteration].  To my delight, I’ve got all 3 skirts cut out, and enough leftover fabric to make a pair of trousers for the missus. 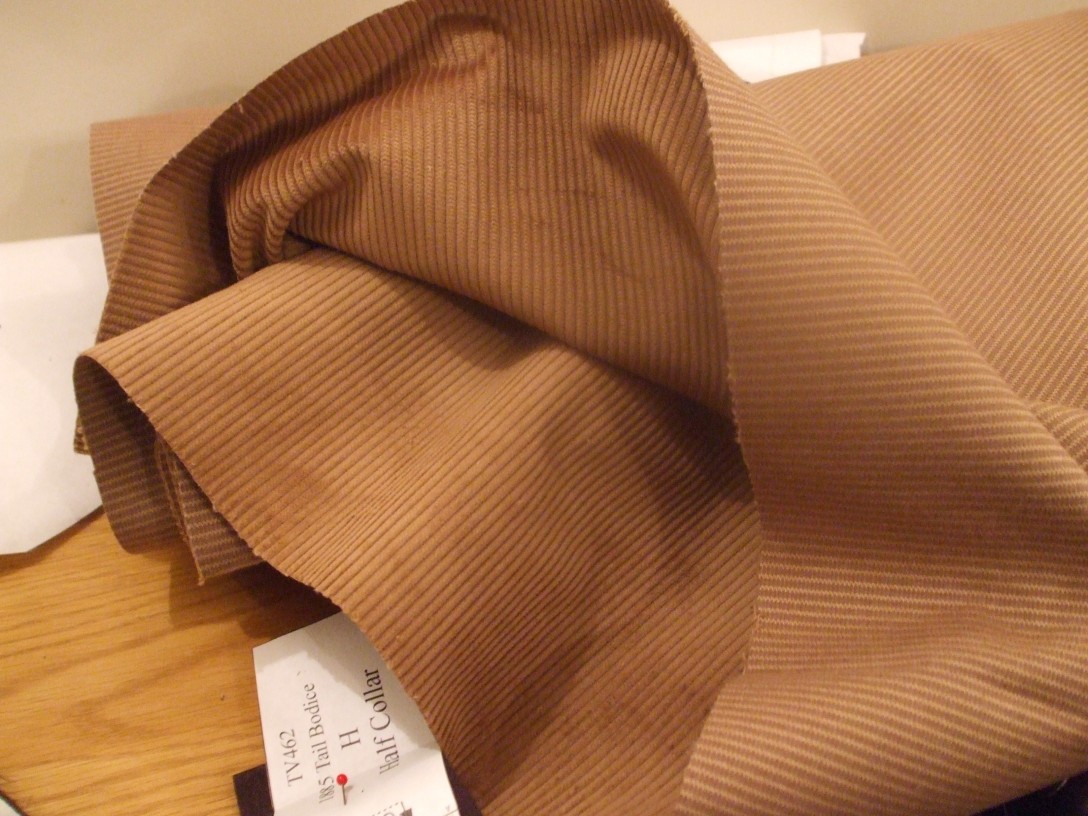 Wifey is currently rather depressed, as post-packing-in smoking [four months now]she’s put on some weight, and nothing fits.  I’ve encouraged her to purge her wardrobe, and now I get to make her some new clothes, AS WELL AS her steampunk wardrobe.  Yay!  Next project!