But first, a short bulletin on the Cathedral dress.  My wonderful wide black eyelash lace arrived from China

For some reason, it came in three pieces of about 3m each.  No idea why they do that, and fortunately, it won’t matter.

I keep finding more images of Victorian dresses which use this colour scheme, and it makes me very happy. 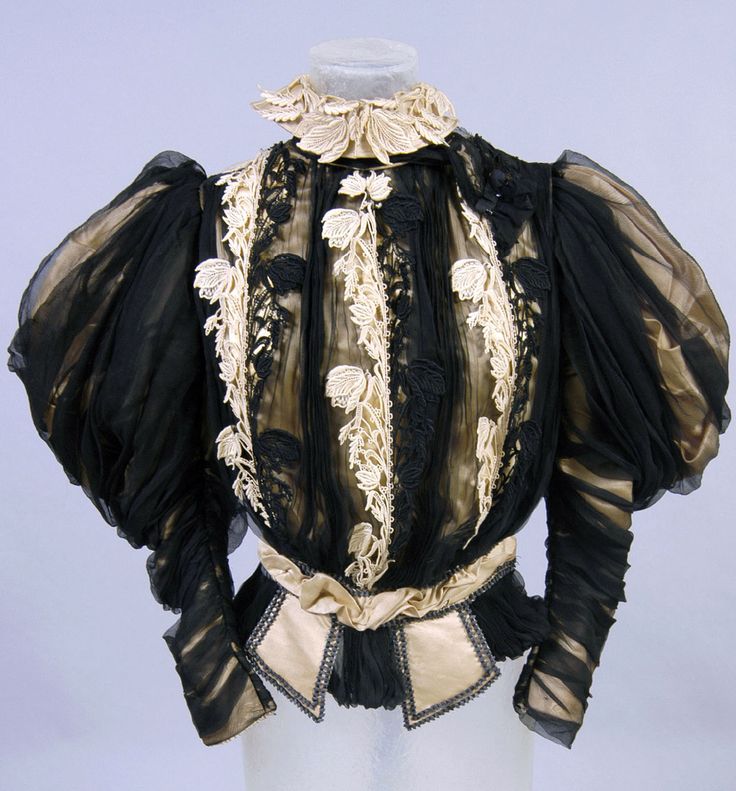 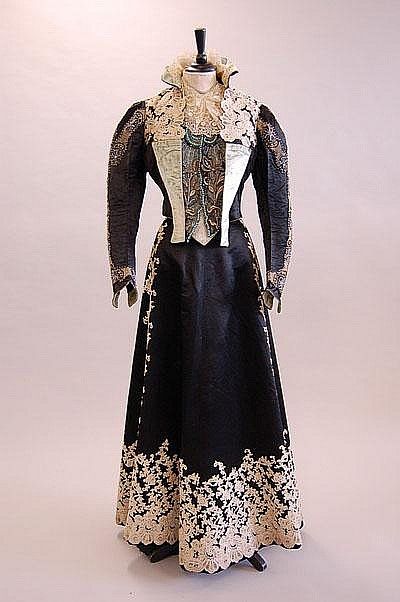 Anyhew, what’s with the posers you ask?  Today, on the spur of the moment, I answered a Facebook call to visit a local historical house with a group of steampunks and photographers for a shoot.  So off we trotted.  I decided on two outfits, then at the last minute decided to add a third.  Bad mistake- I wrestled myself into all the components of my lilac ballgown [as it has only had one outing] only to find that it wouldn’t bloody well do up over the slightly later era corset I was wearing.  Sweaty bugger and blast!

I went with the two 1890s, leg-of-mutton sleeved outfits made in Ankara cottons, slung some hats and parasols into a bag, and off we went.  While I was posing, Dawn handed me hats, helped my quick change, and took lots of snaps.  The site [Haden Hill House] is a rather nice venue.  From its webpage:

Haden Hill House Museum in Cradley Heath is a Victorian gentleman’s residence furnished in period style, surrounded by 55 acres of award winning parkland…Haden Old Hall is semi-detached to the Victorian house. The Hall was probably originally built around the late 1600s and evidence suggests it was later split into two farm dwellings. By the time Mr Haden-Best inherited in the 1870s he wished to build a new house to live in. The Old Hall has been rebuilt and restored many times over its lifetime and what you see today is largely a copy of the building which once stood there. We don’t know how much of the historic fabric remains…Although the Victorian house is furnished as a museum with Victorian objects, Haden Old Hall is now just a shell after it was damaged by fire and partly restored.

If you’d like a peek at the snaps she took, [there are quite a lot] I’ve made an IMGUR album, pop over and have a gander. 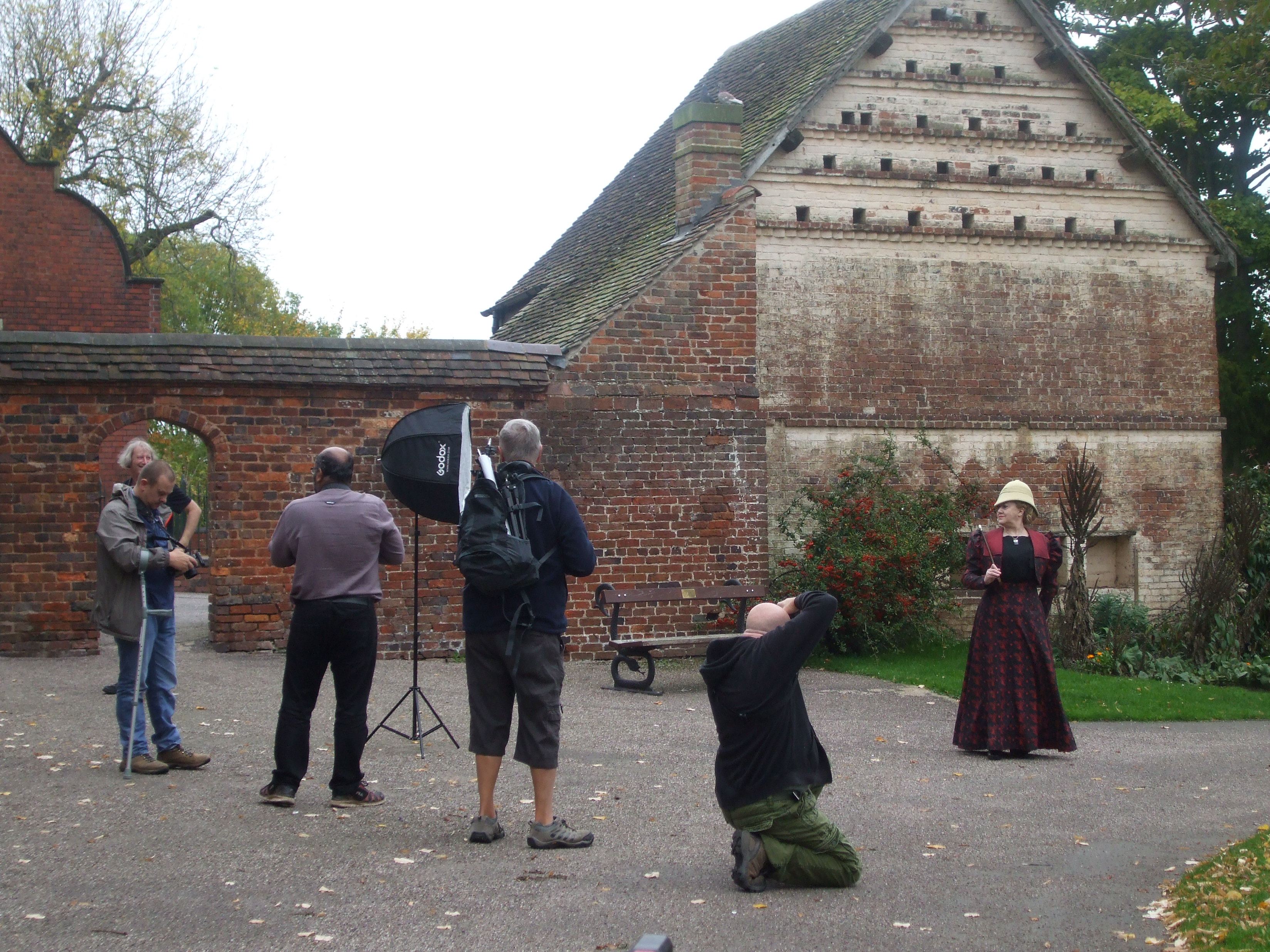 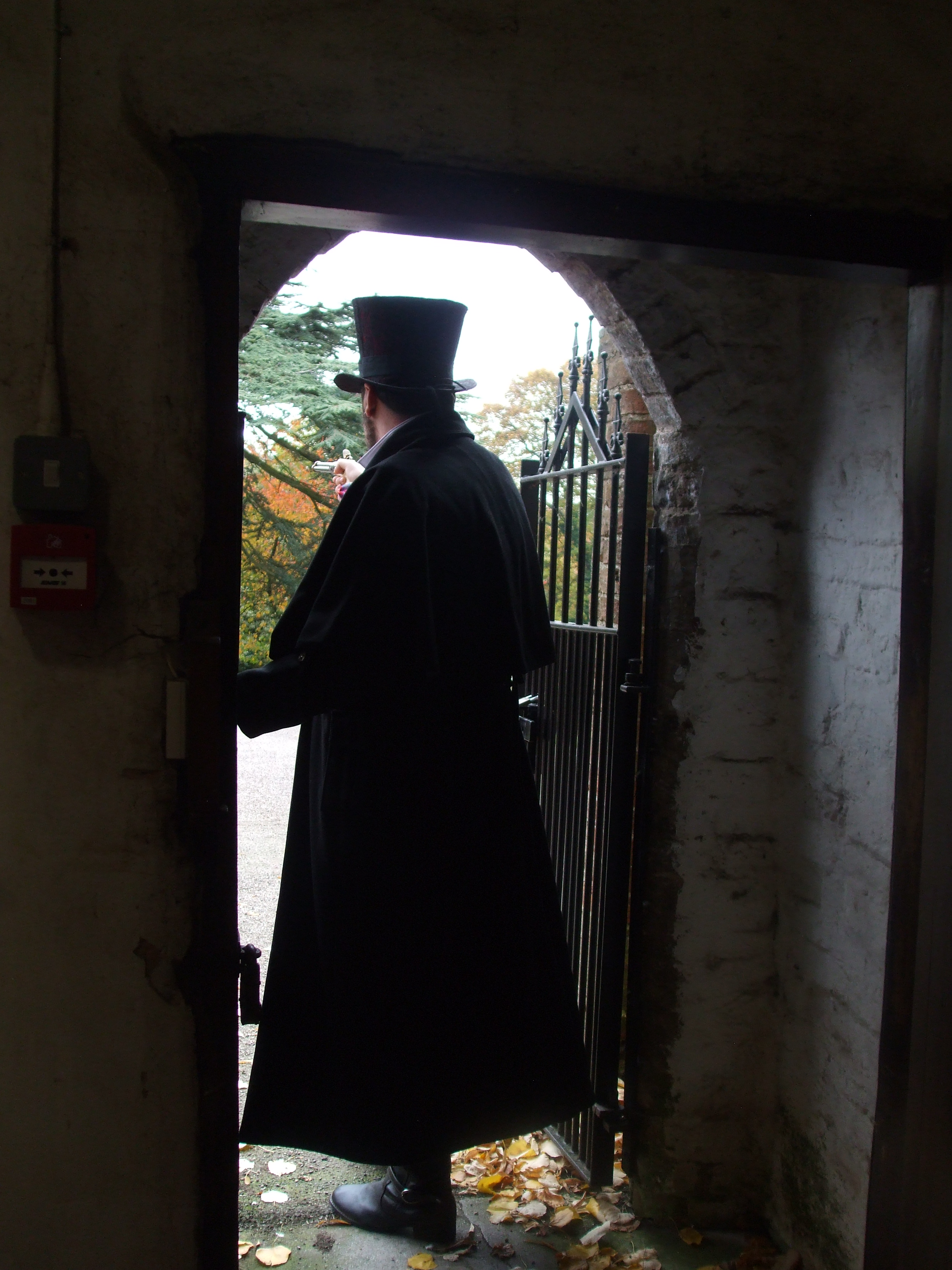 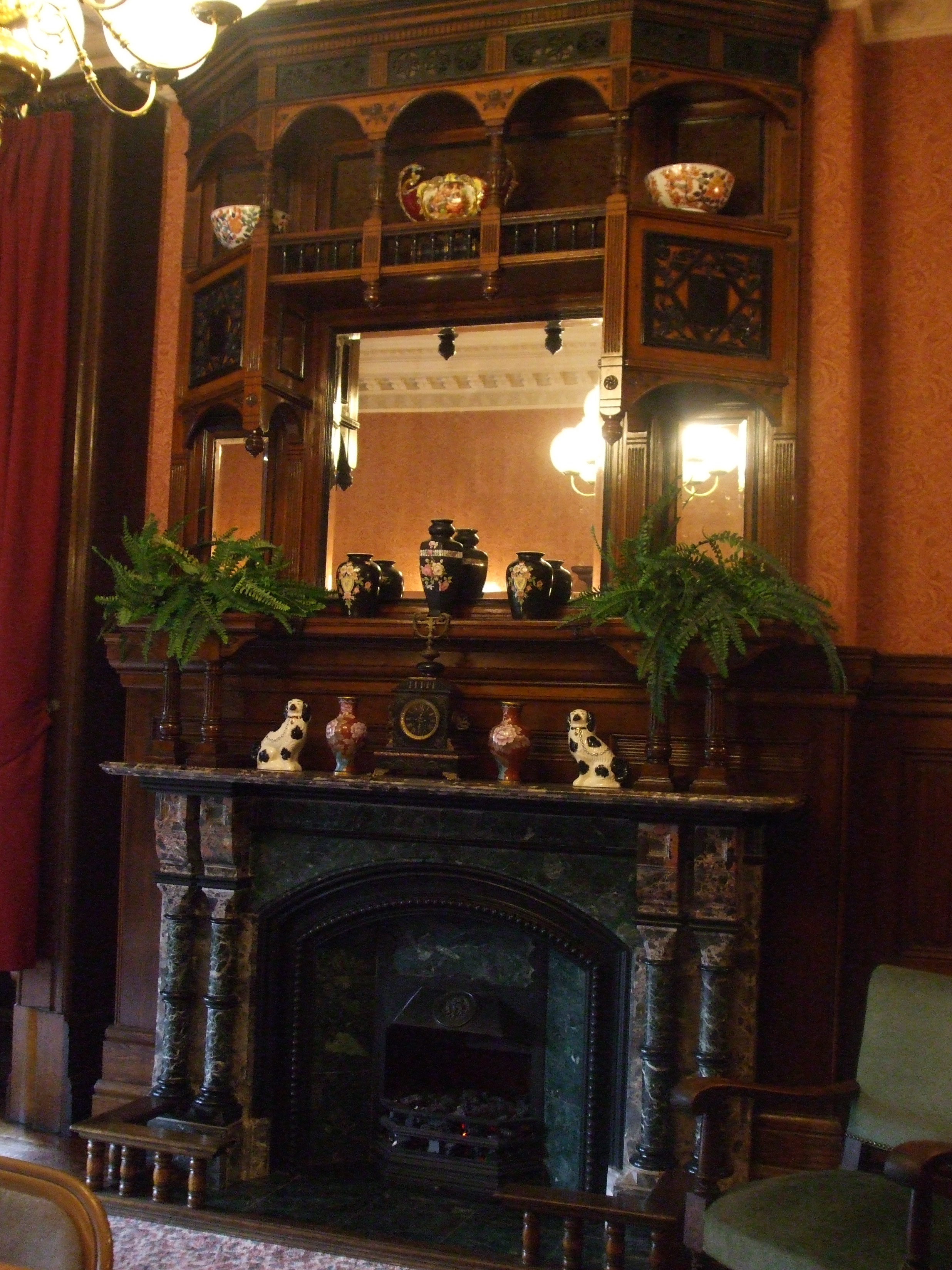 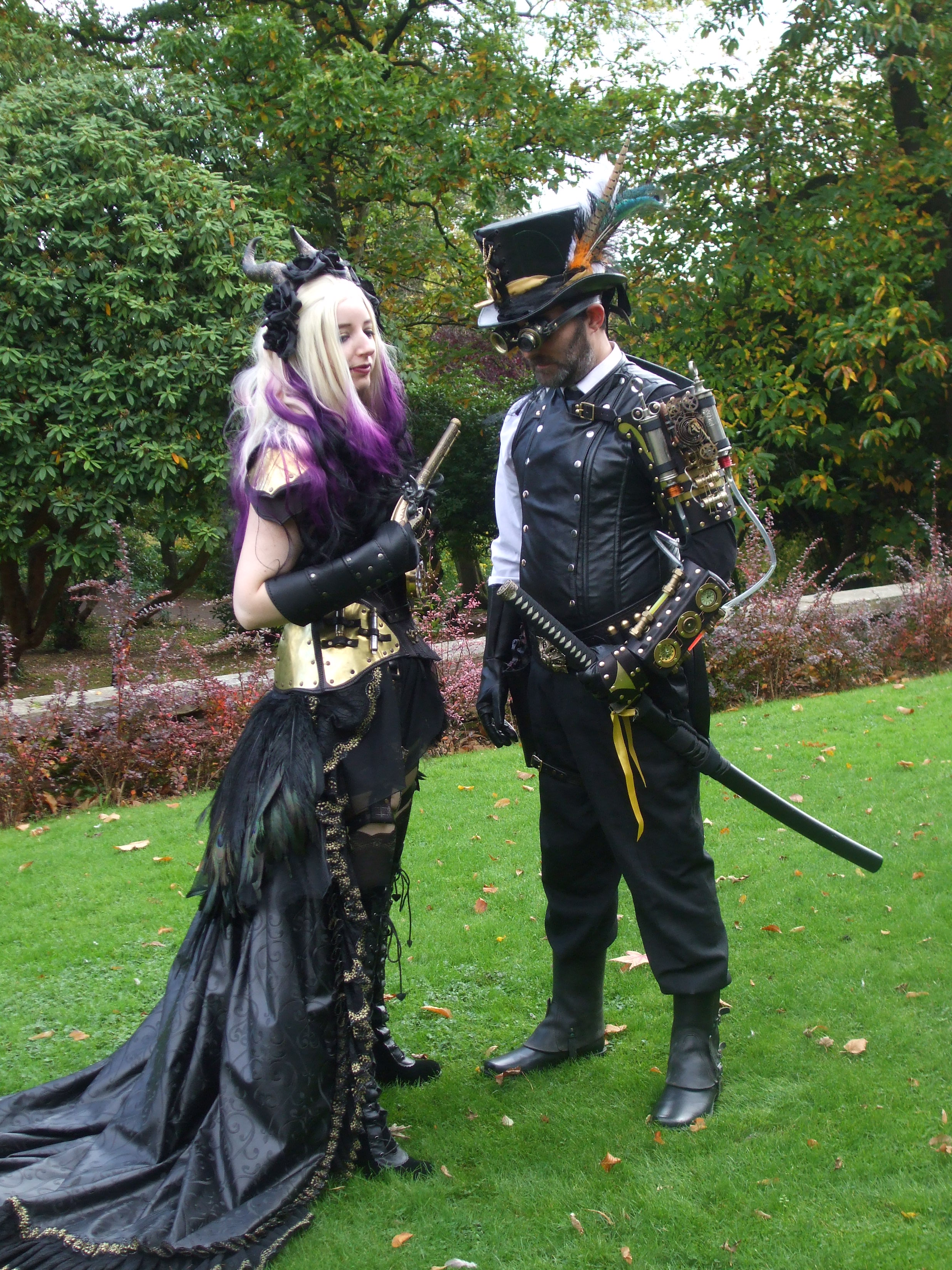 18 thoughts on “A pocketful of posers…”