More cutting out of SWAP items, plus some pics to prove how good the ‘almost no waste’ cutting went. 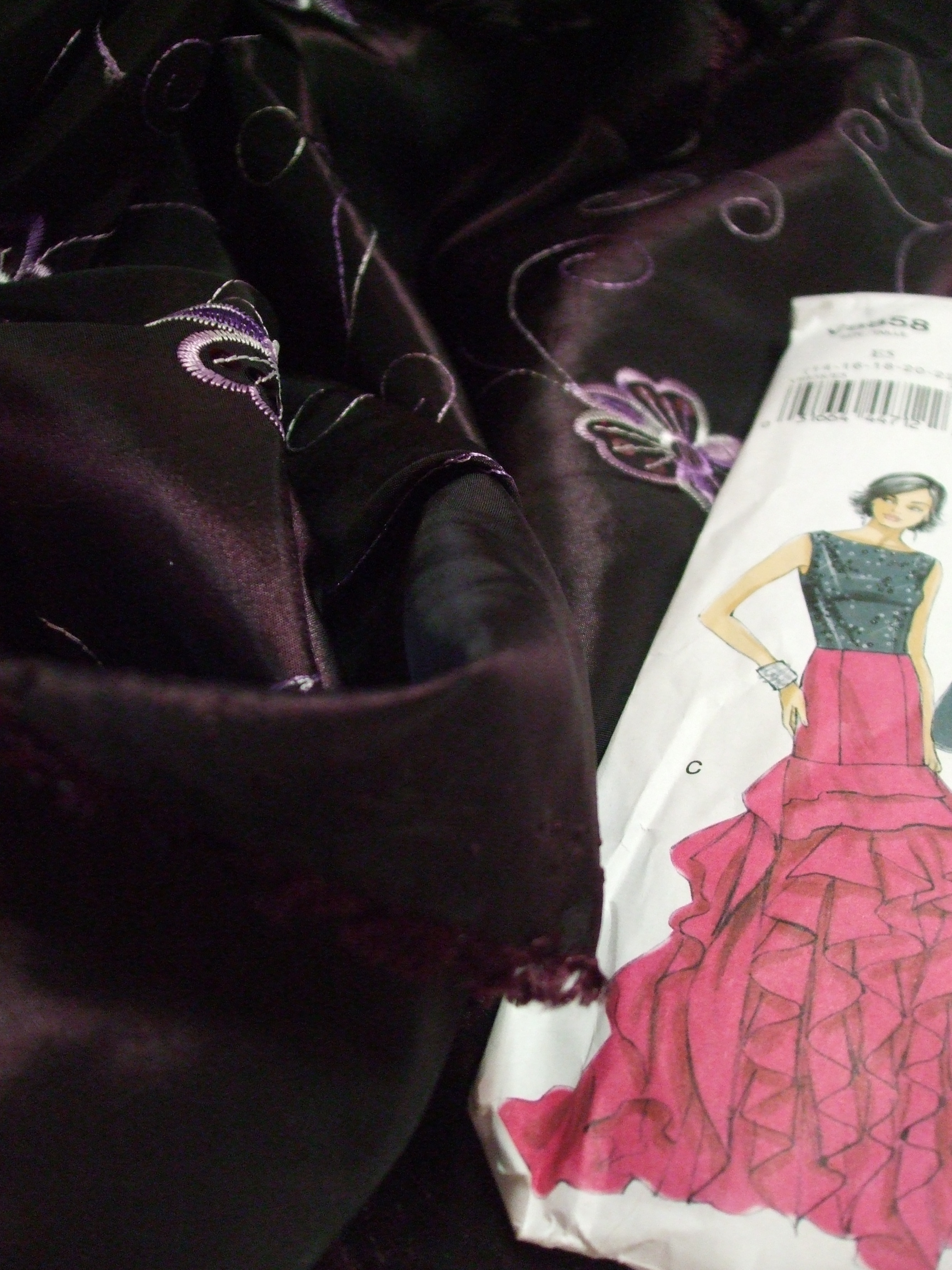 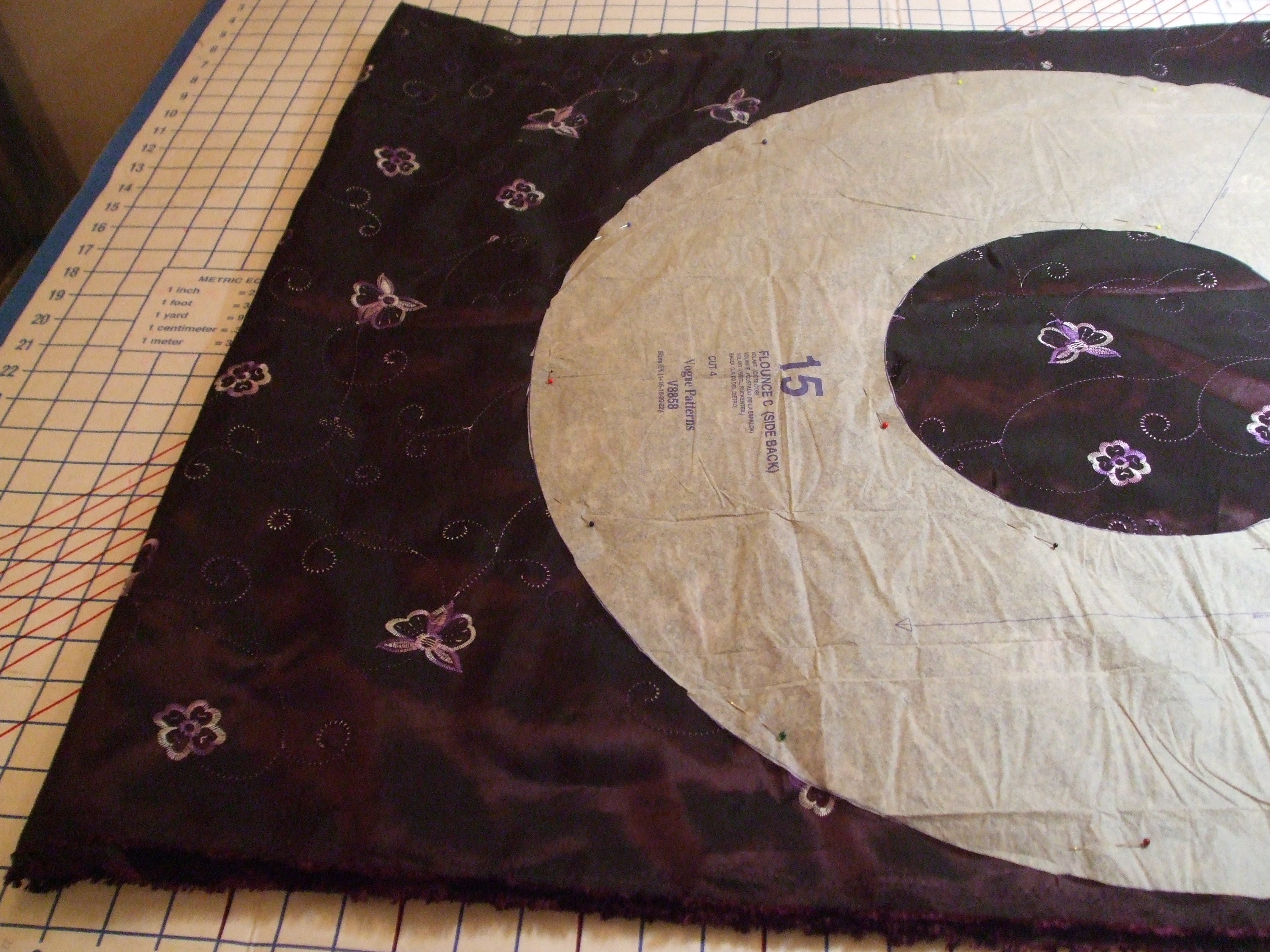 I mean, look at that!

Then the red velvet top 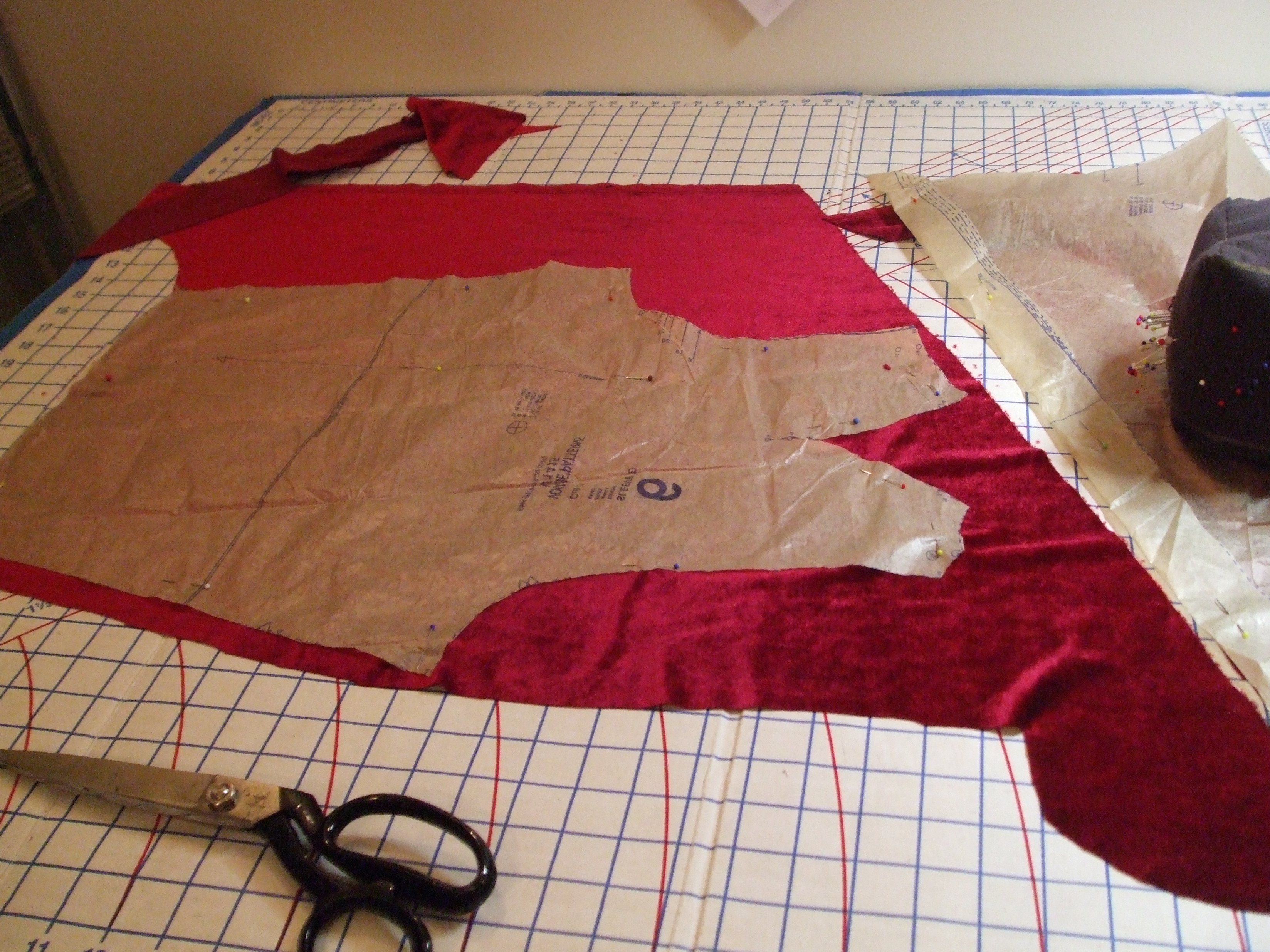 The grey taffeta was the best though: 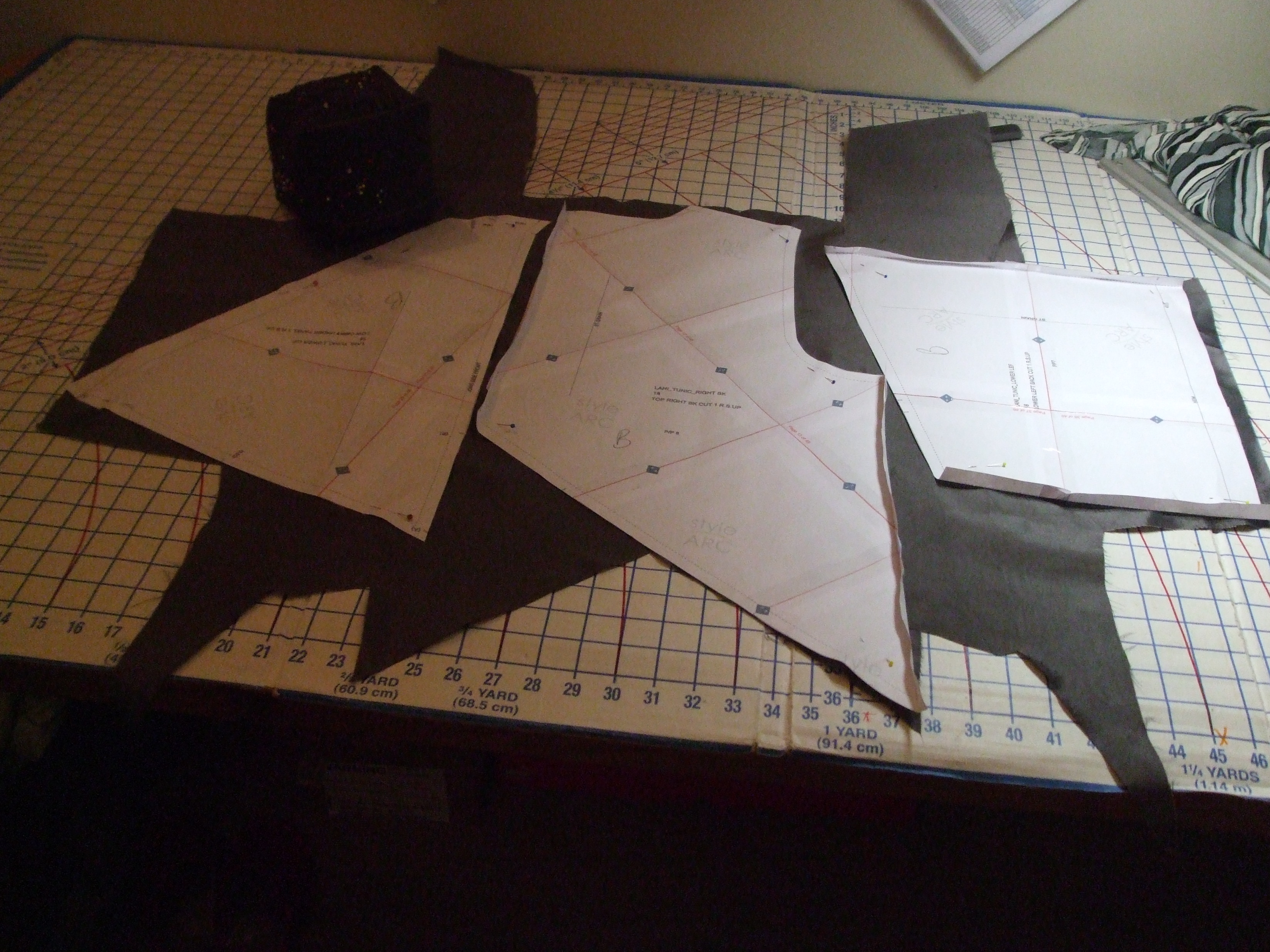 Next I got two trouser patterns out, both size 18.  Style Arc Daisy ‘designer’ trousers [Nope, not pants, NOT pants!]  And Vogue 1415, the Tom and Linda Platt tunic pattern, which includes two different trousers.  Very good pattern, that.

I laid one on the other to compare crotch curves…and found very little difference.  A little more under-bum scoop length for the Vogue, otherwise surprisingly similar.  Meh I thought, toile schmoile, I’m going for it.

So I cut out the Daisy pattern in the nice heavy black linen.  They are supposed to have funky deep hem facings, but I don’t know if that will make them too stiff, so I’ll play it by ear.  They are supposed to have an elastic waistband, I may do that, may do a drawstring, may make a stretch yoga band.  No idea yet.  There’s a fair size remnant left for piecing up with something else at some point.

Then the stretch denim. also black.  This was narrower than I remembered, and I had some trouble getting the pattern pieces to fit, even with the narrower legs.  The Vogue trousers were also MUCH longer than the Daisy, no clue why.  I want these to be worn with the moderate heel I routinely wear for work, so folded off a couple of inches at the hem.  In the end I also had to chop off THREE more inches in the body, which will definitely get the stretch waistband, maternity look.  Hey, they’re for wearing with tunics, I want to be comfy!

The I looked around, and spotted the cool swirly, silky black stuff.  I think this was sent to me as a pressie by another sewing buddy, but it’s been there for a while, and I forget!  Sorry if it was you!  Again, with cool cutting, I eked out the OTHER Platt tunic, the one with the pleat front [which I previously made in that amazing ‘scratch velvet’]

One more day off work before the ‘training’ day on Friday.  Tomorrow I want to cut out the grey strip tunic, the plain black Tilton t shirt and the pieced tunic-probably using that patterned maxi dress and some red remnants.  That’s probably more than I need for the SWAP, which is good- I can pick the best and most versatile items to use, and decide which already-made items fit in.