No.  Not West Brom [even though they are  local team]- I don’t do sport.  More baggy trousers [still not pants, no, not here matey] from the Kathryn Brenne V9114 that is now officially a very tried-and-tested pattern.

These are in some of the cool and comfy chambray that I snagged a while back from the bargain tables at Barry’s.  I previously made a Style Arc Juliet shirt from it.  I could have sworn I have several more metres, but a thorough search yesterday failed to find any.  I did remind myself of one or two gems that have got hidden in stash though, so I’m itching to use them now the weather’s warmed up.

Easy to sew up, although the curved inserts needed more care and attention this time- this fabric doesn’t give in the way the red cotton/linen loose weave did, so I had to pin and baste more thoroughly.  What I hadn’t noticed previously, because the fabric flexed and stretched, is that the curved overlay with the drawstring is actually more shaped than the piece that backs it, encouraging that 3-D curve.  Very nice.

No hitches, apart from attaching the wrong edge of the waistband, so the opening for my elastic ended up on the outside.  Duh. I just had to slip stitch it neatly, no fuss.  No one but me sees the waistband anyway!

I did a bias faced hem to maximise length- I forgot to lengthen them while cutting out [doh] and these are slightly too ankle skimming for my taste.  I don’t do cropped.  Being a hobbit, I don’t need to draw attention to my shortness!  As it happened, I had already made bias tape from some leftovers of the same fabric on a previous make.  Hurrah!

And here they are, feeling cool and summery. 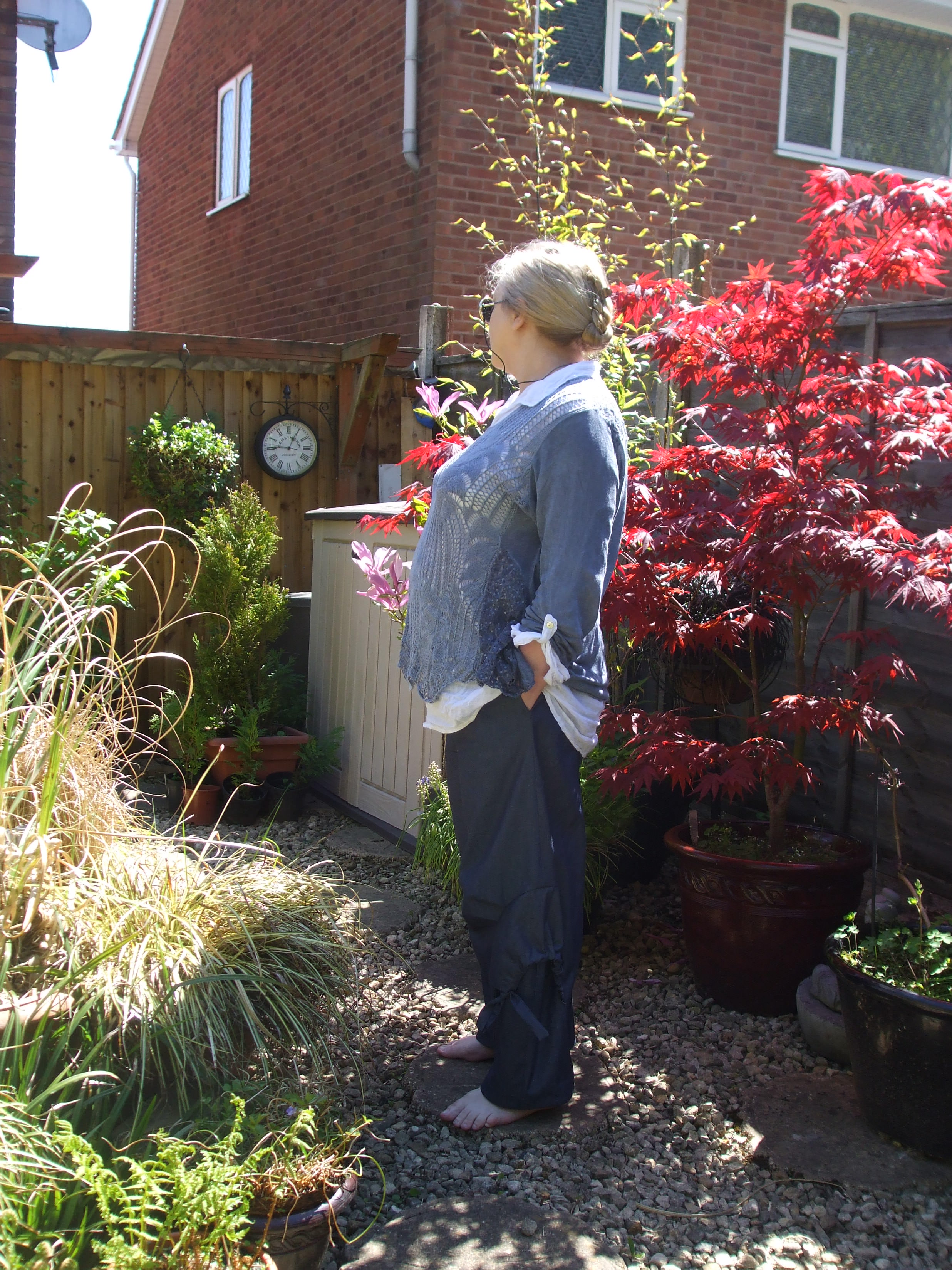 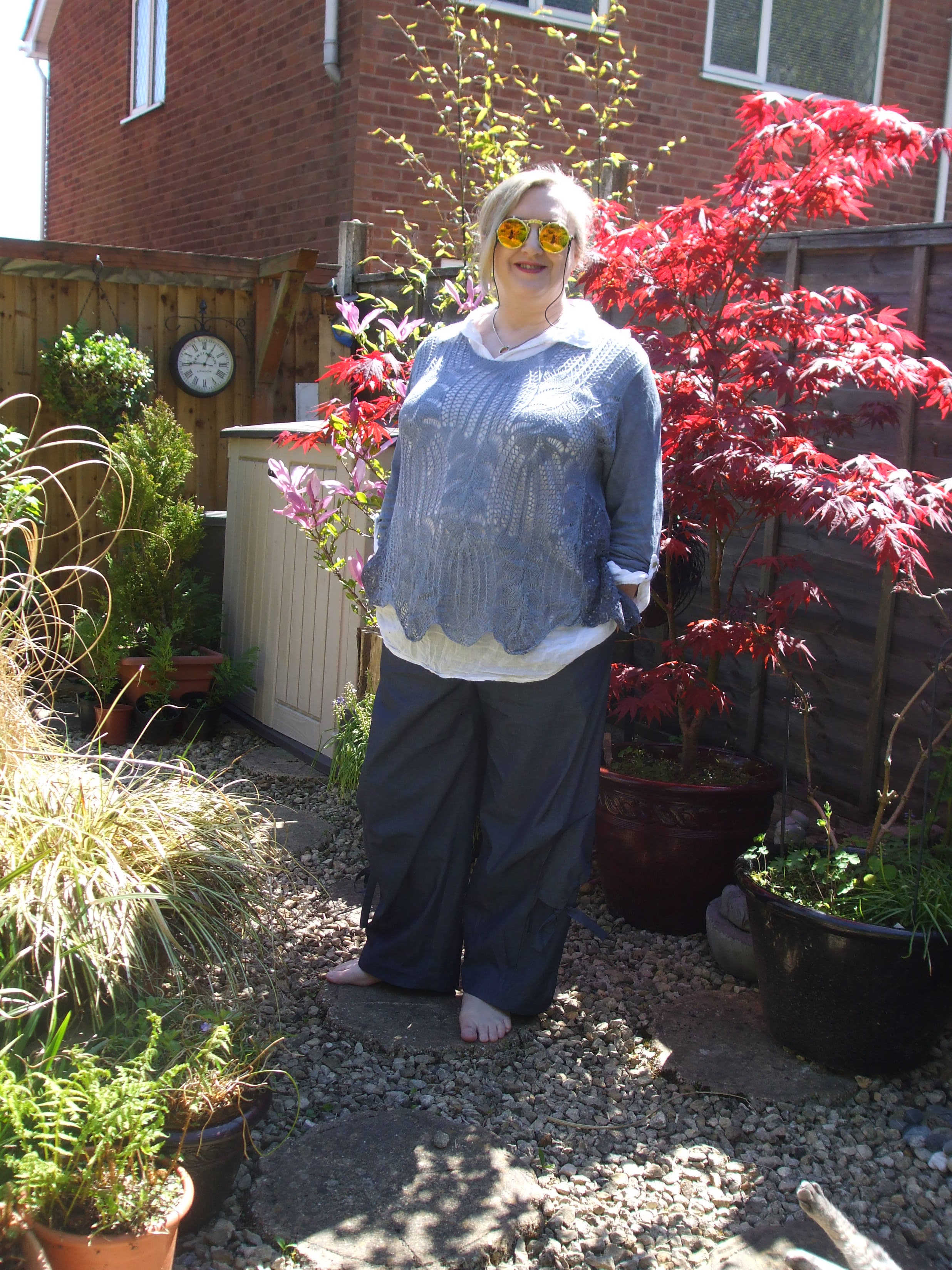 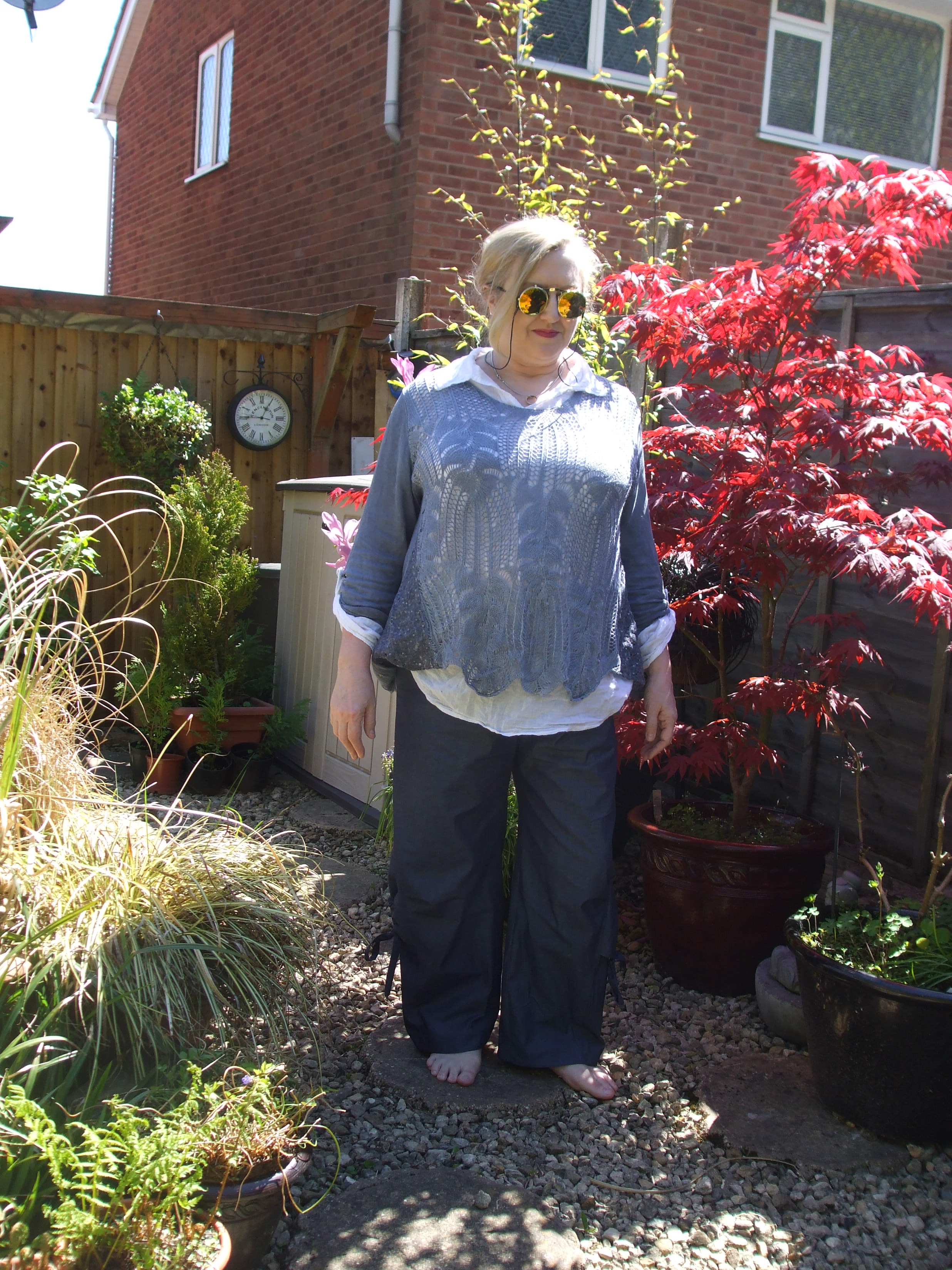 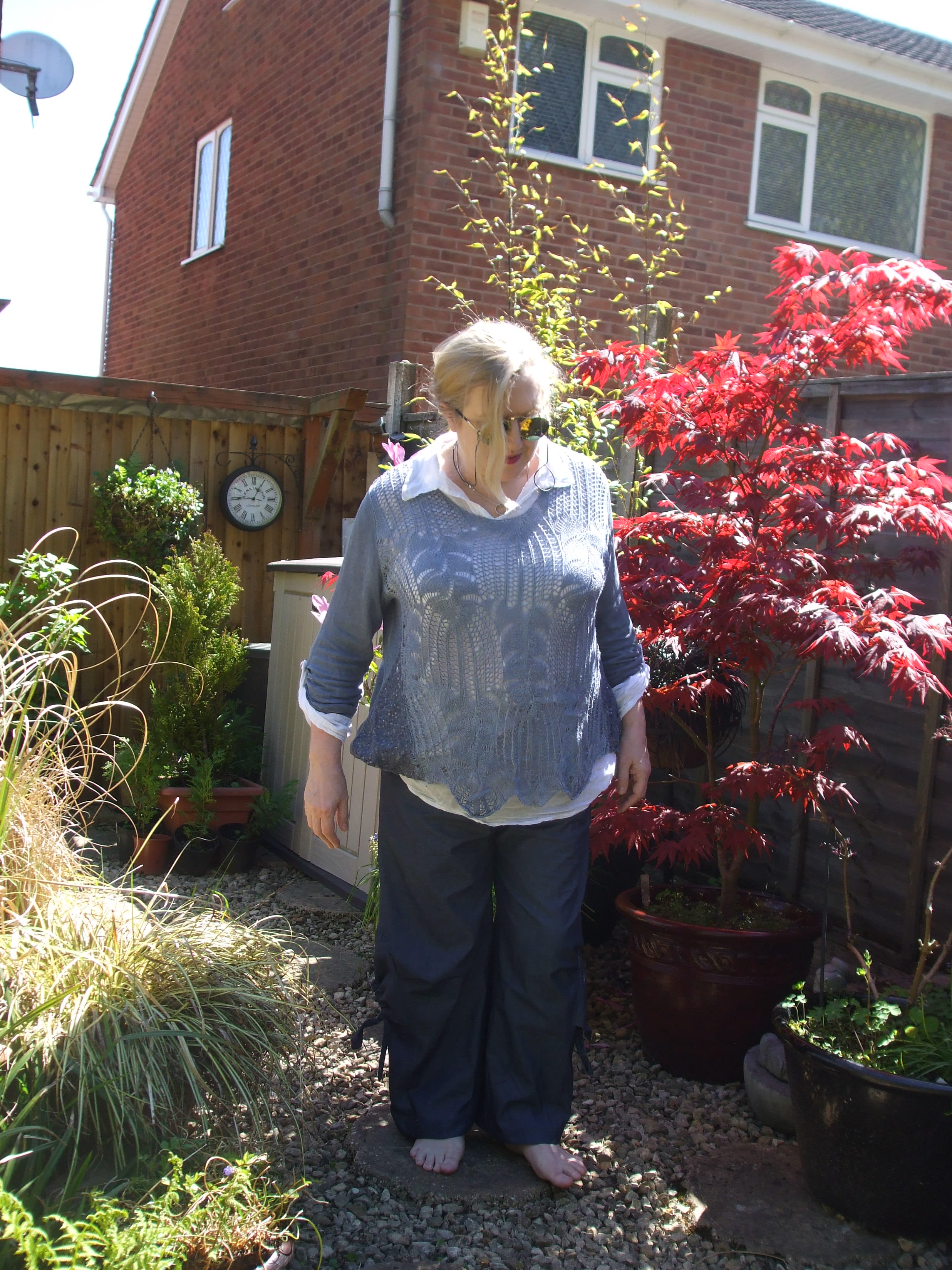 I think I may be starting to embrace the baggy ethos…

5 thoughts on “Come on you Baggies!”