On with the construction.  I made up the toile in curtain lining straight from the packet, and left the neckline straight across, so that I could judge the sweetheart shape once she was wearing it.  The train was very short compared to the inspiration dress, but I left it, and planned to just add some on later.

I made up the inner boned bodice, extending it slightly below waist level for comfort, boned it, but didn’t bother to finish top and bottom until after fitting.  I reinforced all the pieces with fusible woven interfacing, and used a piece of corsetry hook-and-eye tape for the fastening.  I’d ordered foam bra cups from eBay for a little boost and support, but did not attach these until almost the end of the whole process.

The intended weekend for fitting #2 proved to be too busy, so we got to the next stage in mid-March.   The petticoat was selected and ordered and we spent some time looking at possible lace appliques from eBay, but more of that later.  Time ticked on. Nice petticoat, but it was VERY creased, and the top part was miserly in fabric and elastic, so I later cut off the top and added a softer, wider piece from stash.  Rinsed and drip-dried, it looked way better and was more comfortable.

The chosen weekend came, bride and MOB came round, and we settled in for several hours of faffing and gossiping.  Fun!  And the toile fitted really well, just a couple of tiny tweaks at bust and hip and the ‘main’ job was done.  She had asked for straps, to be concealed eventually by the lace’ so I again used some lingerie supplies from stash.  These are plush backed bra straps, nice and comfy, just pinned on for now.

We roughed out the neckline, shaving off a bit at a time until it looked right. 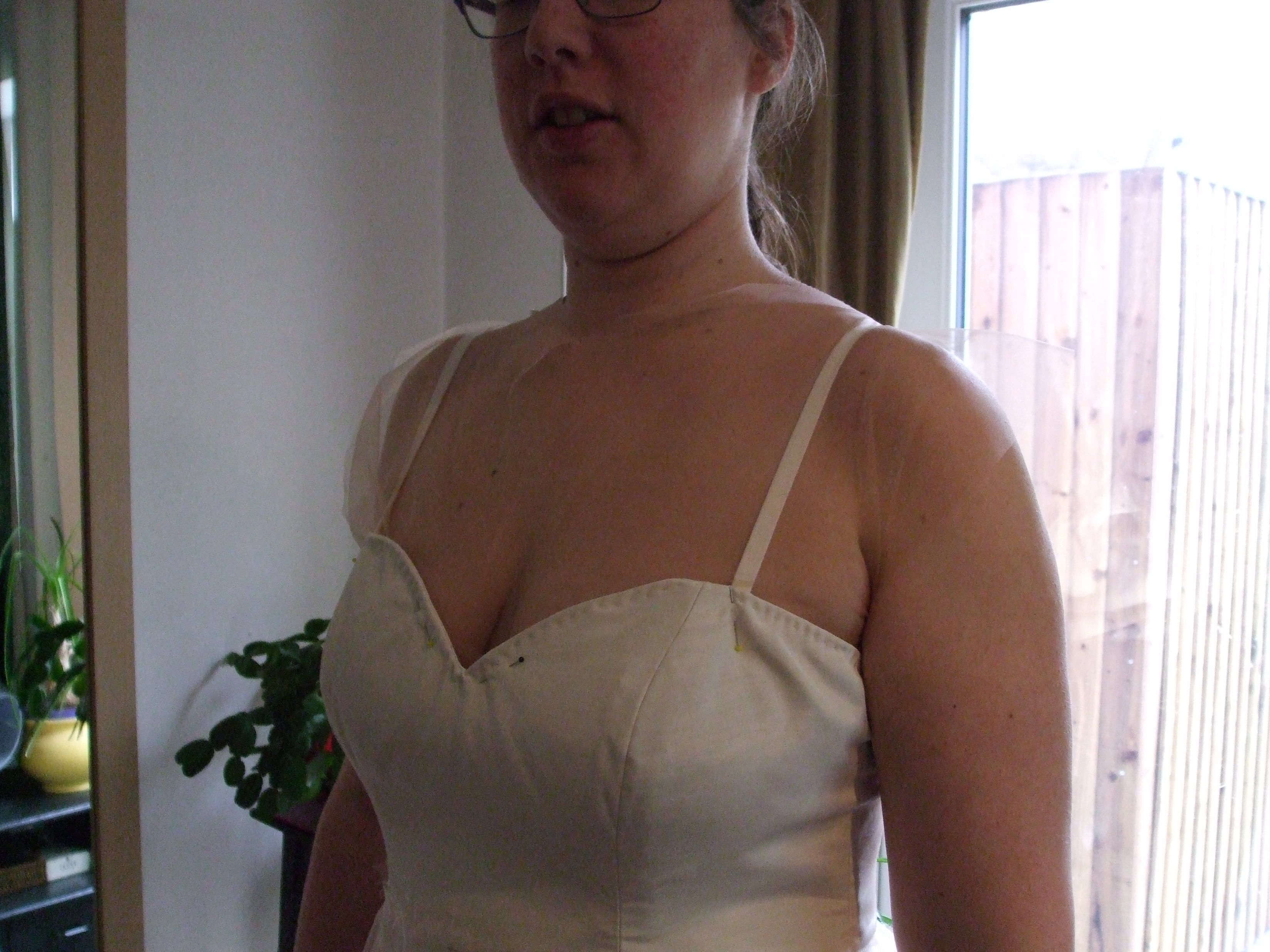 I then played about with the ‘illusion mesh’ to fill in the bodice.  Totally making this up as I went along!  I hadn’t at this stage decided if it should be laid over the dress, or set behind it…that took some cogitation.

Finally, we played with the train length, pinning and moving it until the ‘drag’ felt right. 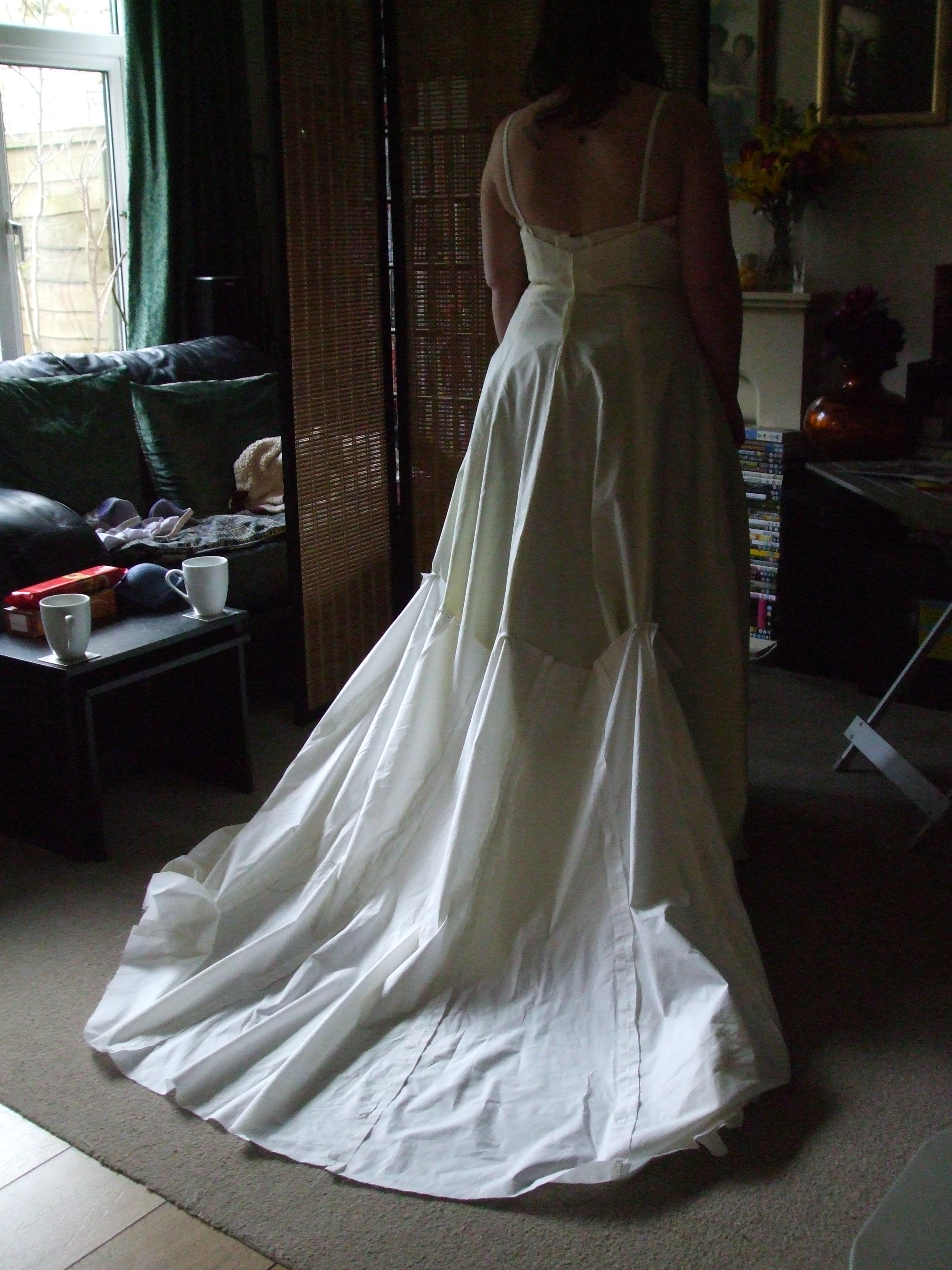 Shorter than the original, but more practical we thought, especially with two small proto-gymnasts likely to be swinging on it!  Here’s a reminder: 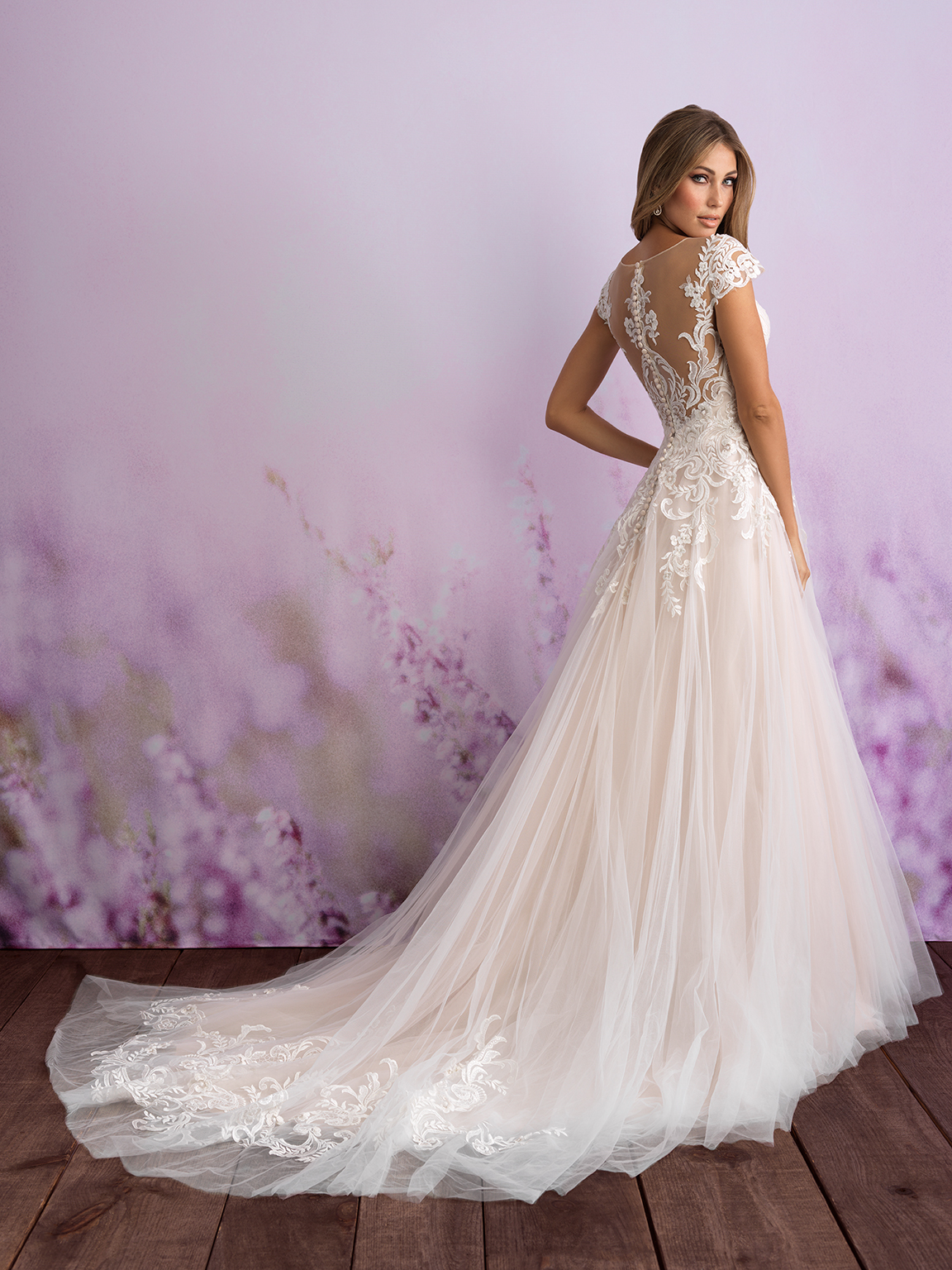 And that was that.  Time to crack on with the real fabric, and start fretting about tulle colours, number of layers, buttons, loops, lace…it goes on and on.

Ready for the third installment?