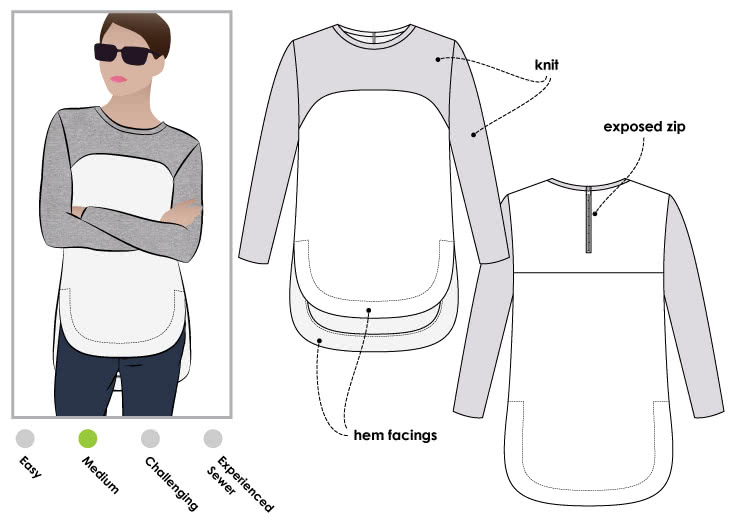 #1 is the Disney Ursula cotton print, with a teeny remnant of toning thin jersey from stash, just enough for sleeves and front yoke [I tried to eke out the back yoke too, but no go]

#2 is the astronomy cotton print, with another larger remnant of thin jersey, hence my ability to cut the back yoke from it.  This was a scant metre remnant from Frumble, quite pricey!

These took some serious fussy cutting to get the main body pieces [which are sizeable] and also the curved hem facings.  I could have cut those from a contrast, but didn’t even though three of the four facings had to be pieced in the middle.  I was cutting out so much stuff that my concentration lapsed, and I actually cut BOTH of these with the woven back yoke, meant to take an exposed zip…even though that’s the one thing on my previous one that annoys me when I wear it: the zip always catches my hair.

I removed 2″ from the back length [after actually cutting the damn things out]  So many tops seem to be designed to cover big bums…and I don’t have one!  I also lowered the front neckline just a bit as I hate feeling throttled!

These prints were bloody pricey, so having cut out the back yokes in the astronomy print, I didn’t want to ditch the fabric, so contrived patch pockets.  I did an amazing job I must say, they are INVISIBLE.

The instructions are typical Style Arc, but the method for getting an exposed zip out of them is..odd.  I did my own things and it’s sort of semi-exposed, sewn in by hand after applying the facings.  I didn’t understand their tutorial as applied to this type of zip insertion, hey ho.

I didn’t do the topstitching by hand this time, just got it done on the machine as any such details would be lost in the busy prints.

I SORT OF pattern matched with Ursula, at least trying to centre the pattern and line things up, but it’s an uneven pattern so was never going to be perfect! [As if anything  I do is perfect, yeah right]  I like the fact that the black zip sort of forms her body .  I added the folded strip of the contrast jersey to [sort of] distract from the mismatching at the back yoke seam.  There wasn’t enough to do anything about it, so bite me. 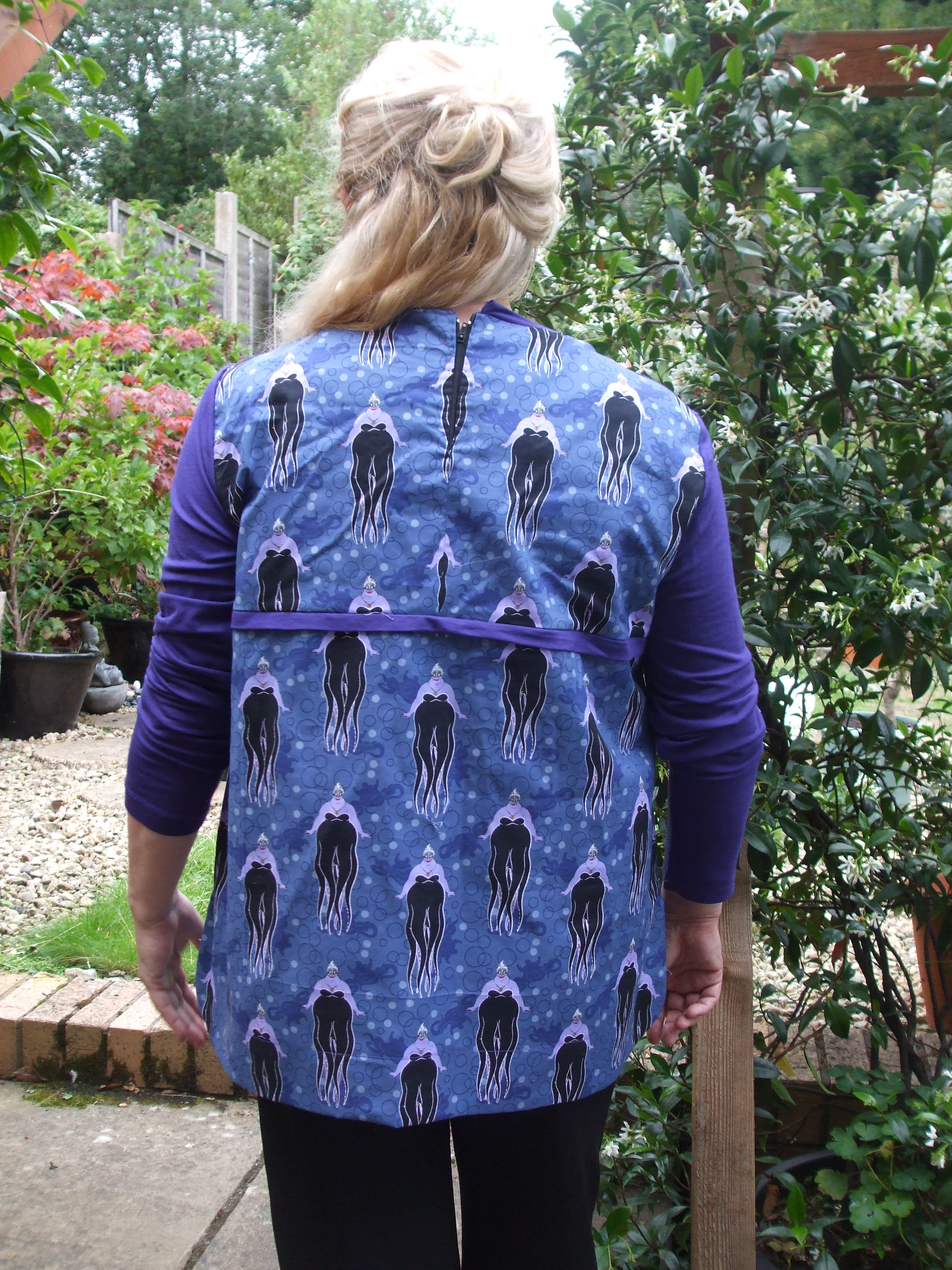 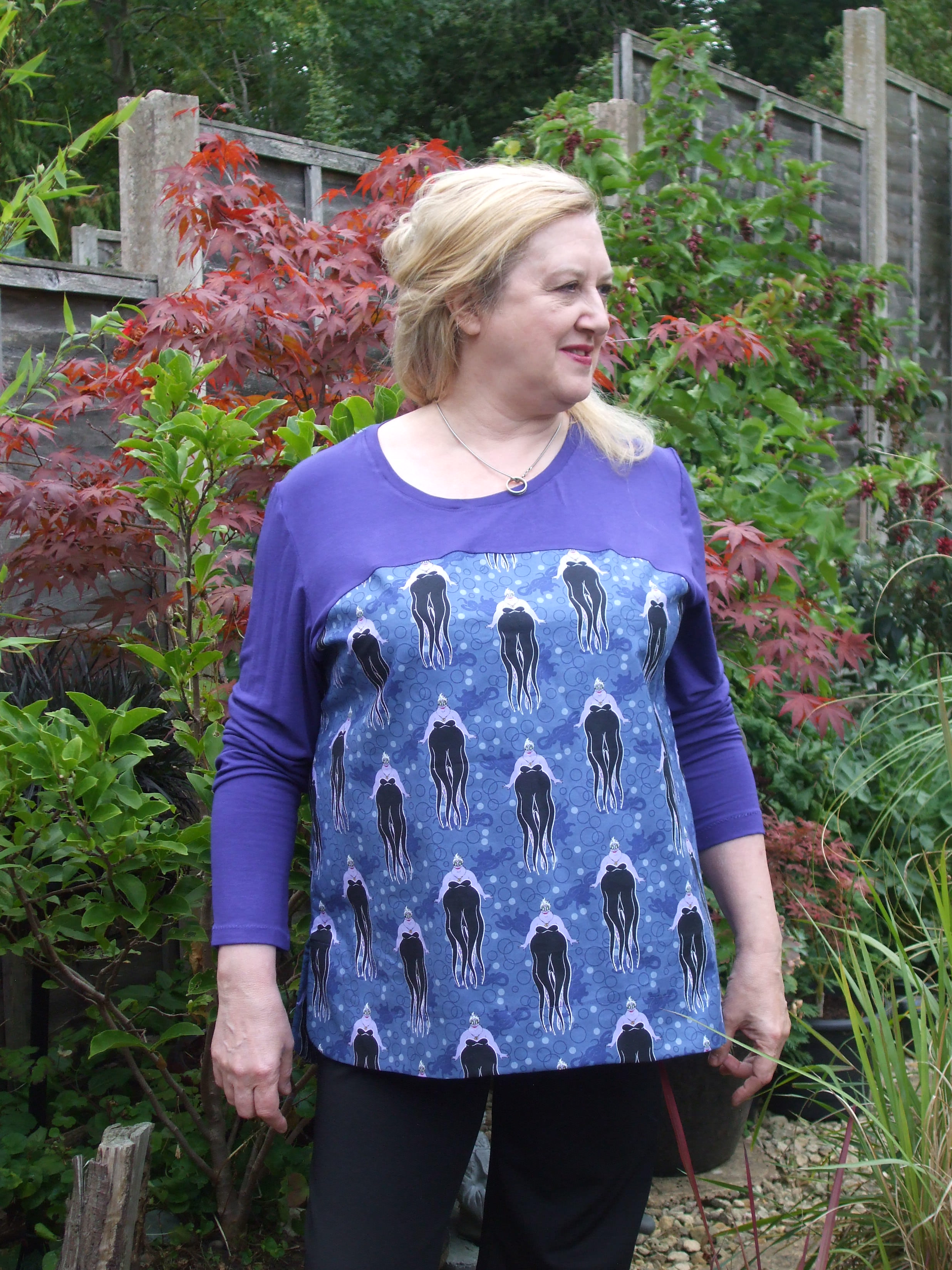 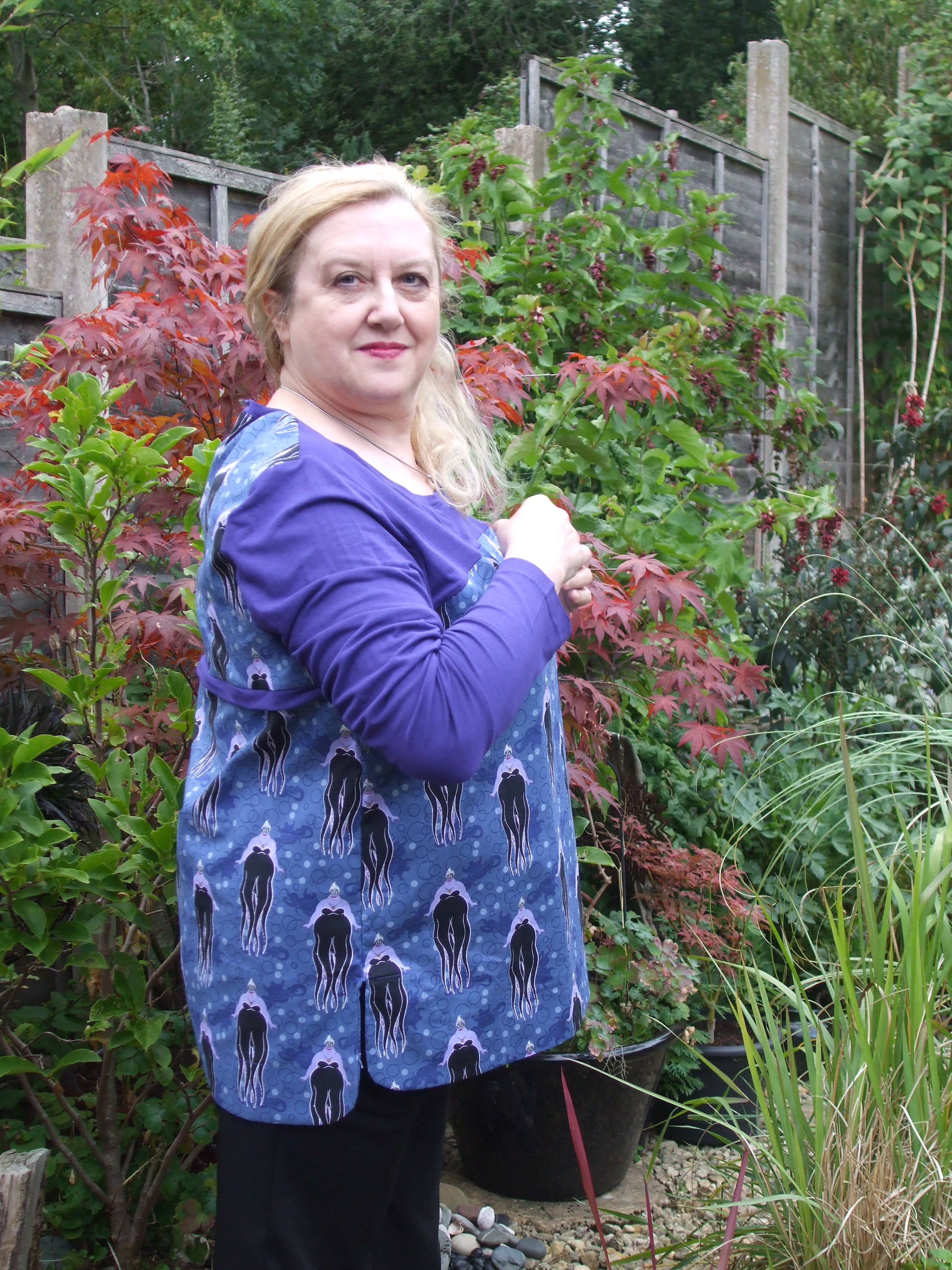 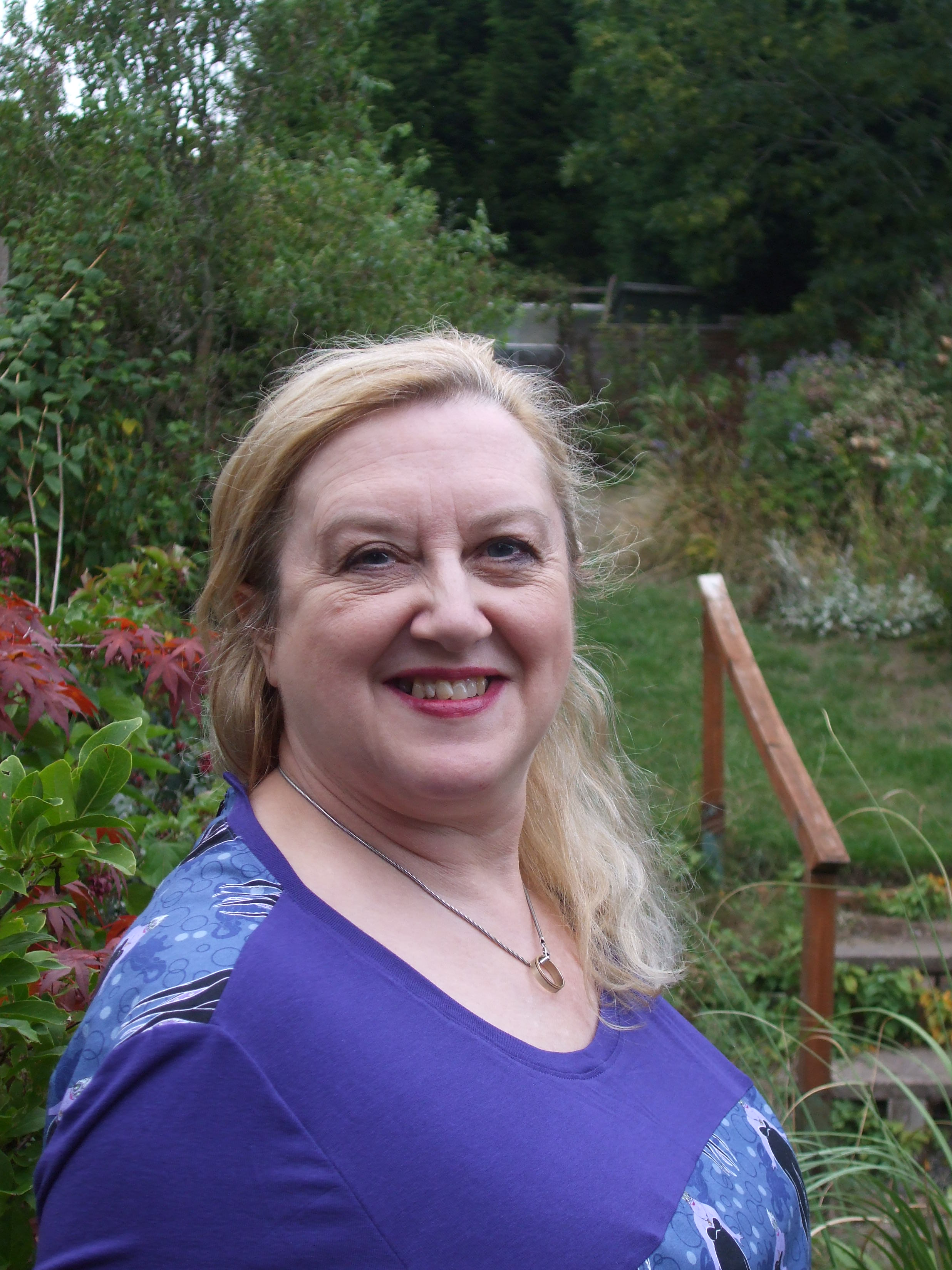 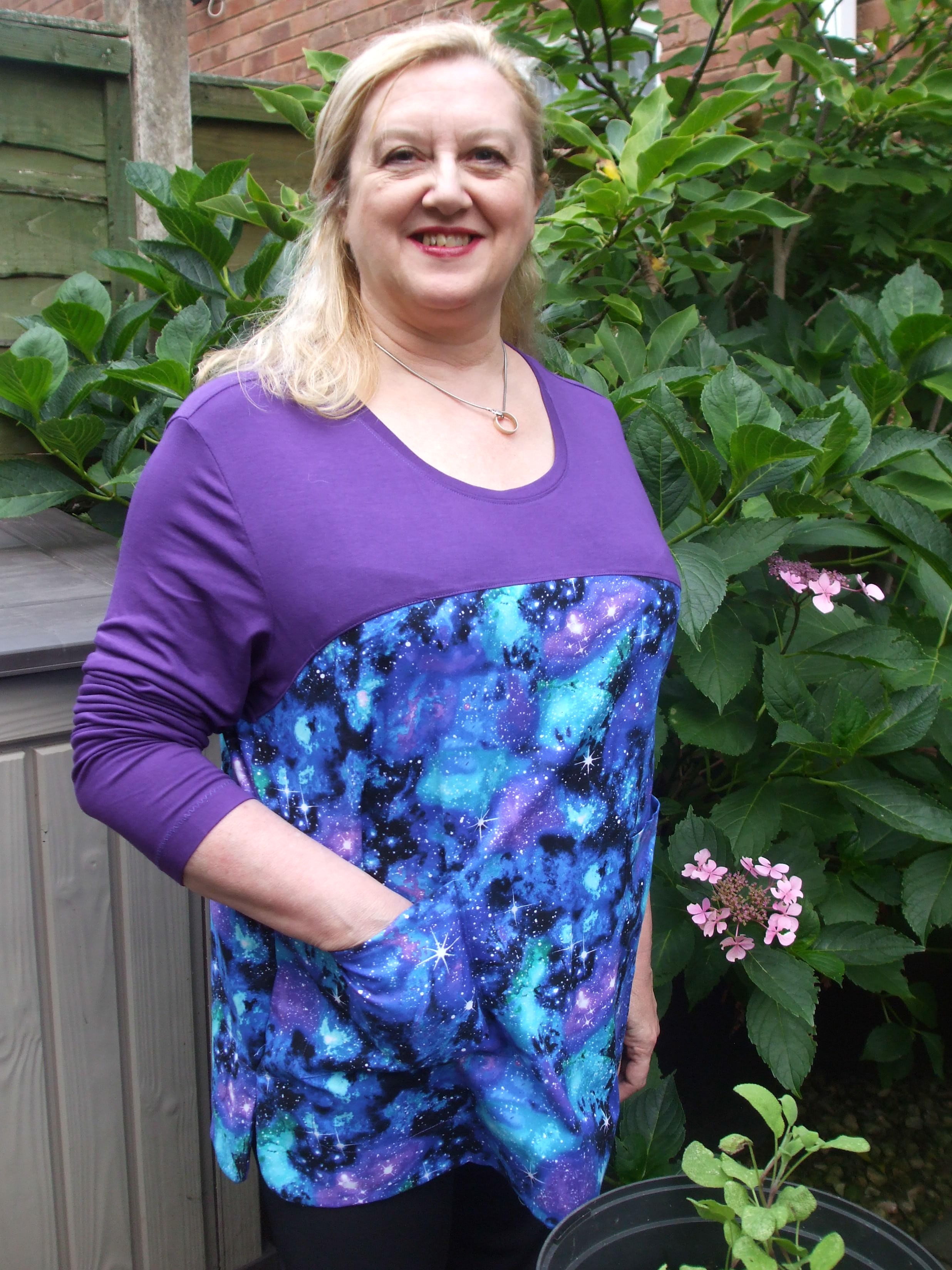 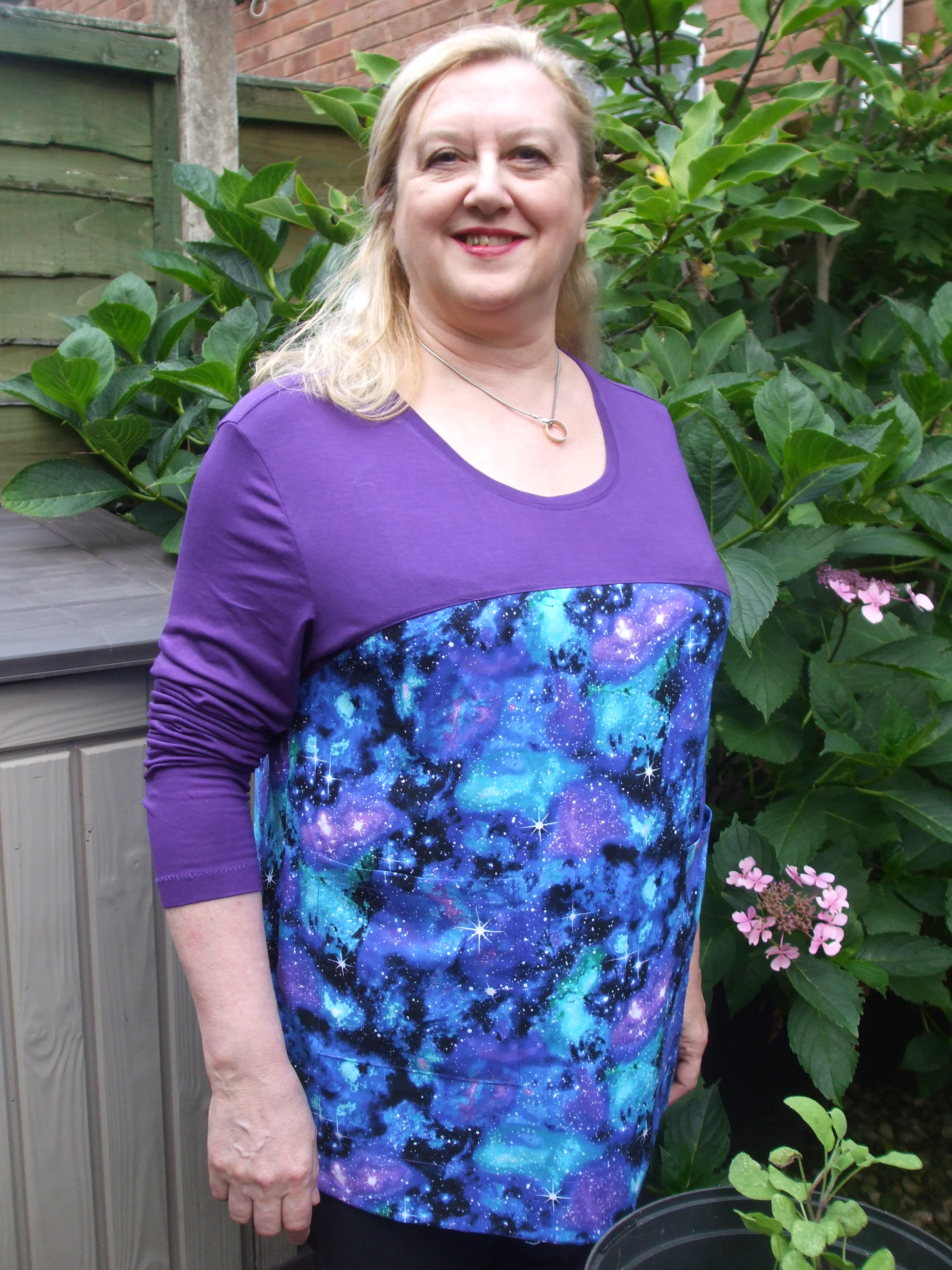 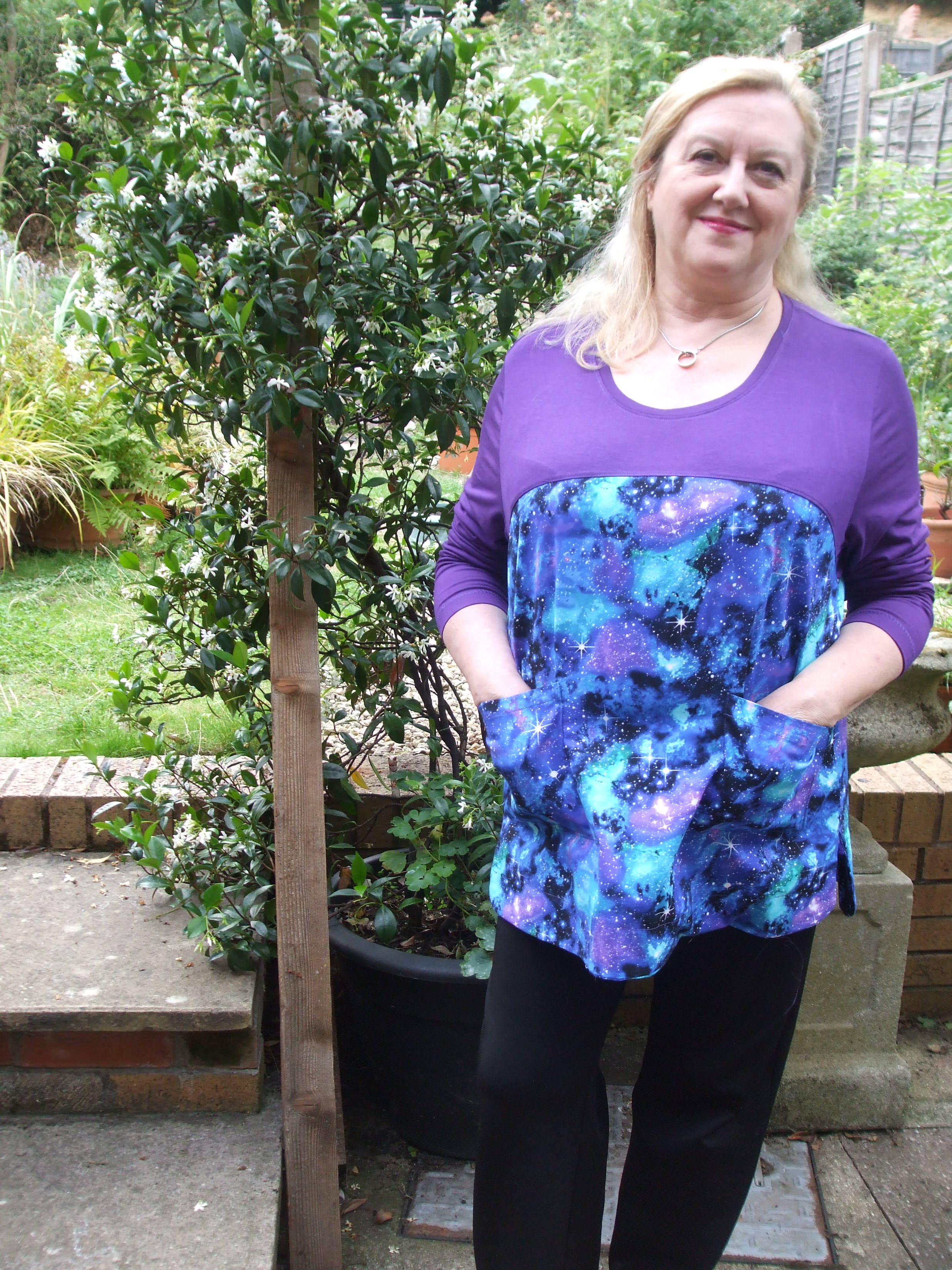