So.  A moderately large piece of precious cashmere left from the coat, and a smaller but still too-expensive-to-waste piece of the astrakhan…a hat it shall be then.

I bought the Japanese hat book from someone on The Sewing Forum a few years back in a moment of madness, and although I’ve leafed through it several times, I haven’t gathered my nerve to try to follow the instructions, because, er, Japanese innit?

I’ve traced all the pattern pieces, and selected the three for my hat, and was JUST ABOUT to start cutting when I thought “now ‘ang on a mo, that brim looks too narrow for the hat I’ve chosen…” 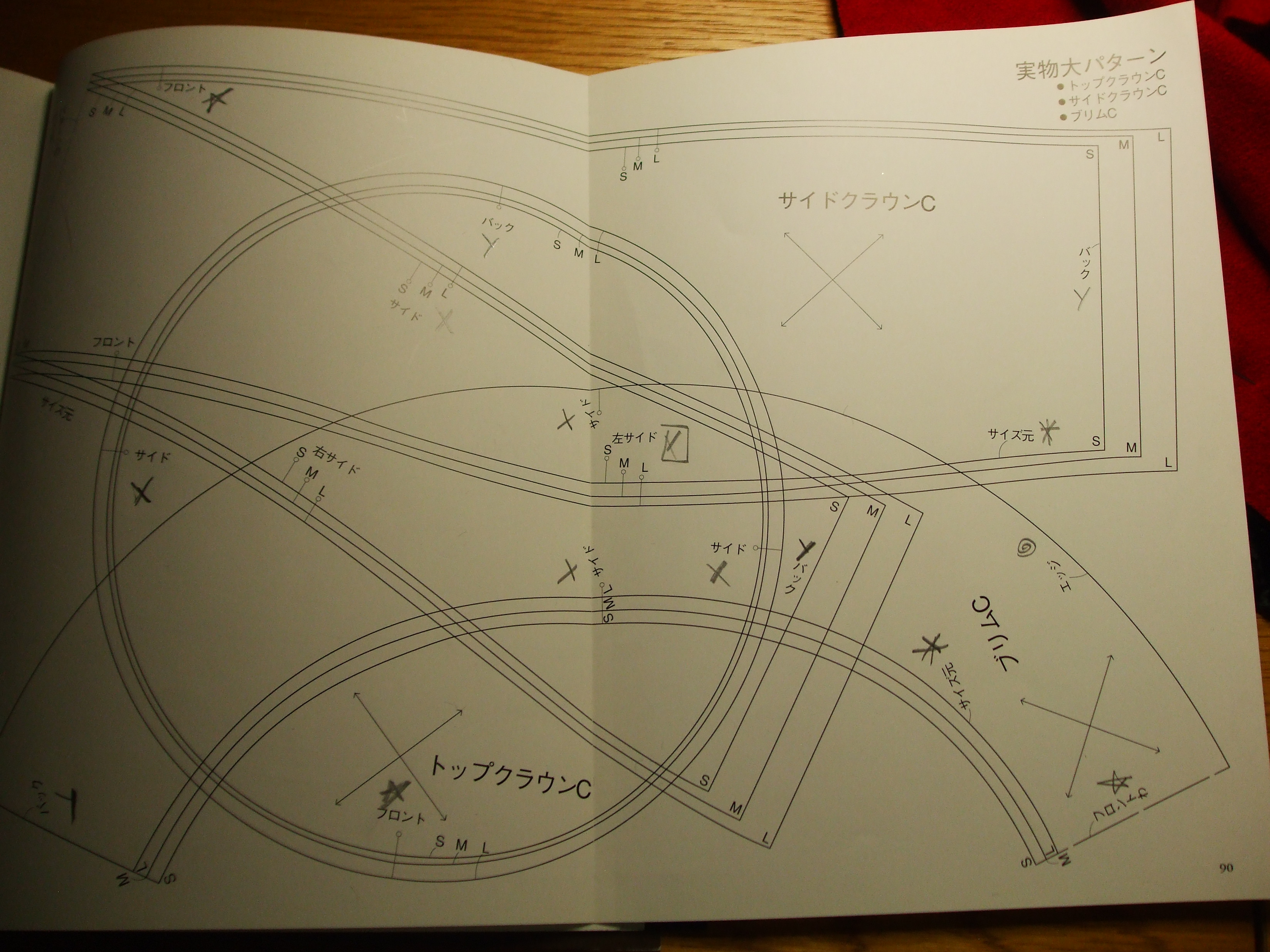 And so it was.  I stared hard at the instruction diagrams again, and realised that I needed to do some faffing with the brim and the side crown, adding in centimetres according to a tiny diagram. 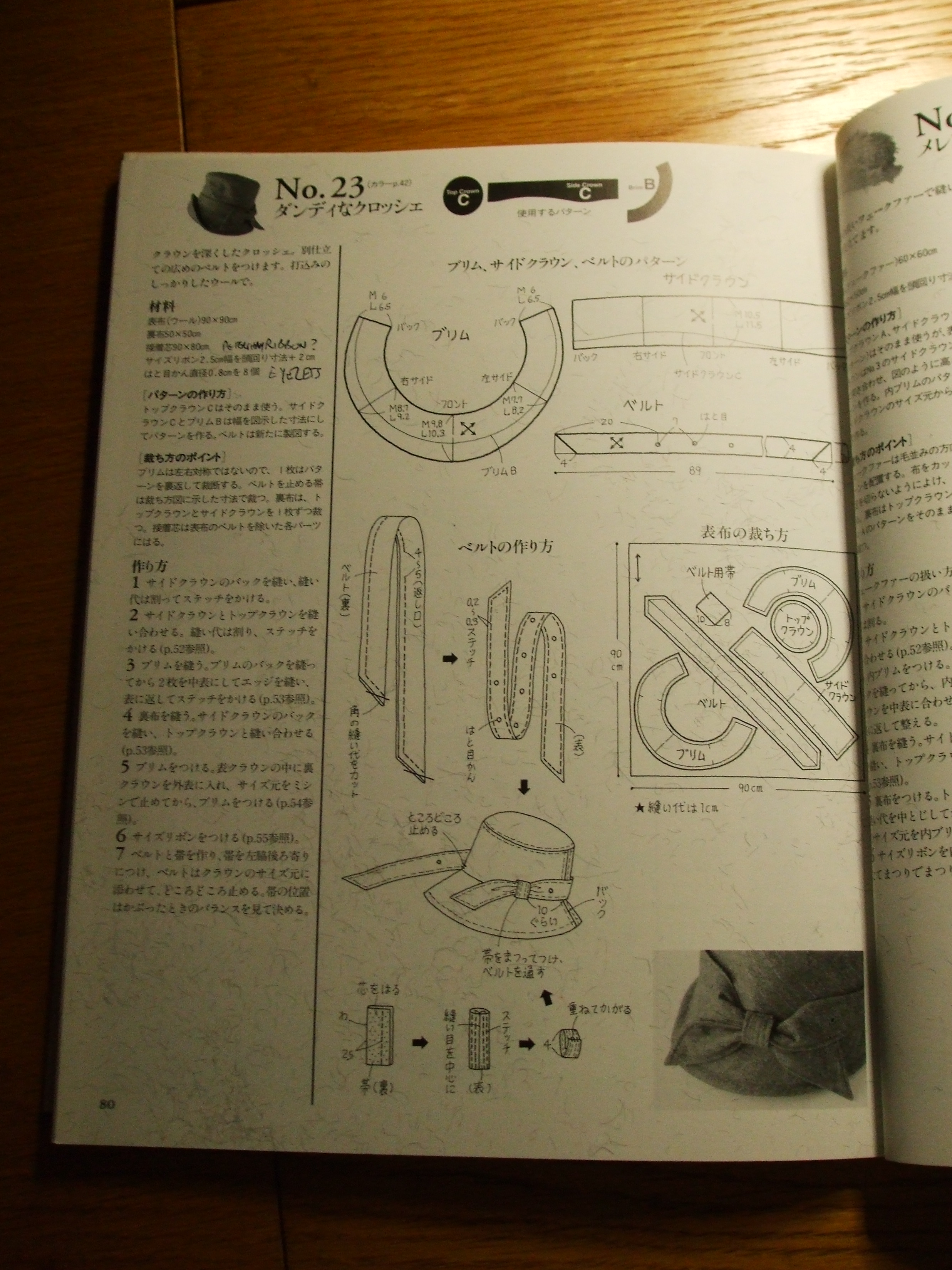 Sighing [you know I like to get straight to the cutting] I traced off a copy, added in the extra, redrew the curve free hand, and cut out top crown and side crown…then halfway through doing the brim, I realised it was meant to be on a  fold…  I had fortuitously placed it so that I was able to fold the fabric and keep cutting…then realised I’d messed up again.

The brim pattern as traced is HALF the brim, but I’d added the centimetres as though to the whole brim, then folded…oh poop totally weird shape and completely wrong.  Luckily, enough fabric still left [hat pieces are small, even cut on the bias]

So I traced it AGAIN, on the fold of the paper this time, then drafted in the extra brim width, and cut it out in the cashmere, and in the astrakhan.

Should I have the astrakhan on the upper brim for bold contrast, or on the underside for a subtler look?

On the first pic I’ve pinned the bow/band trim that is included. 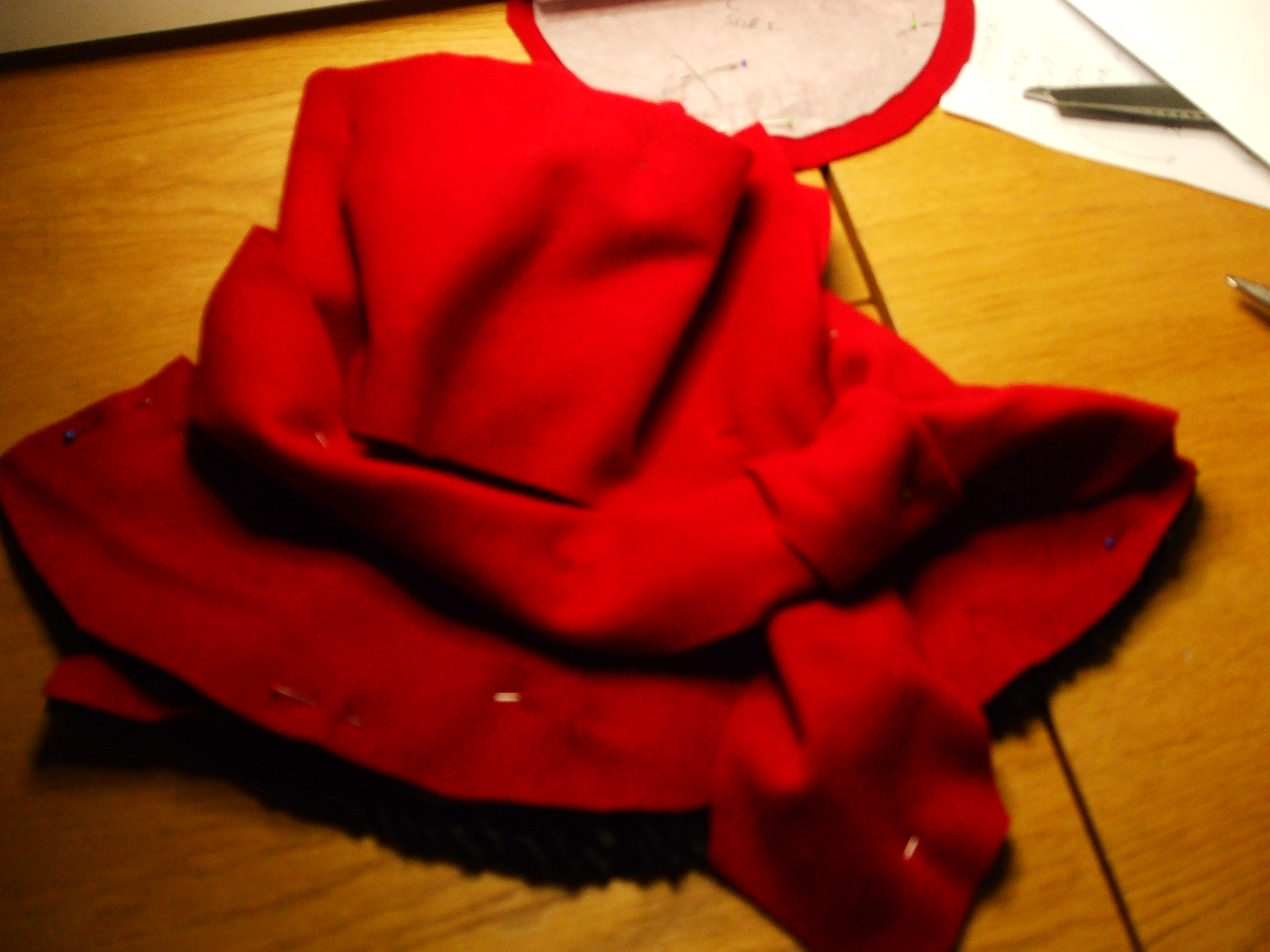 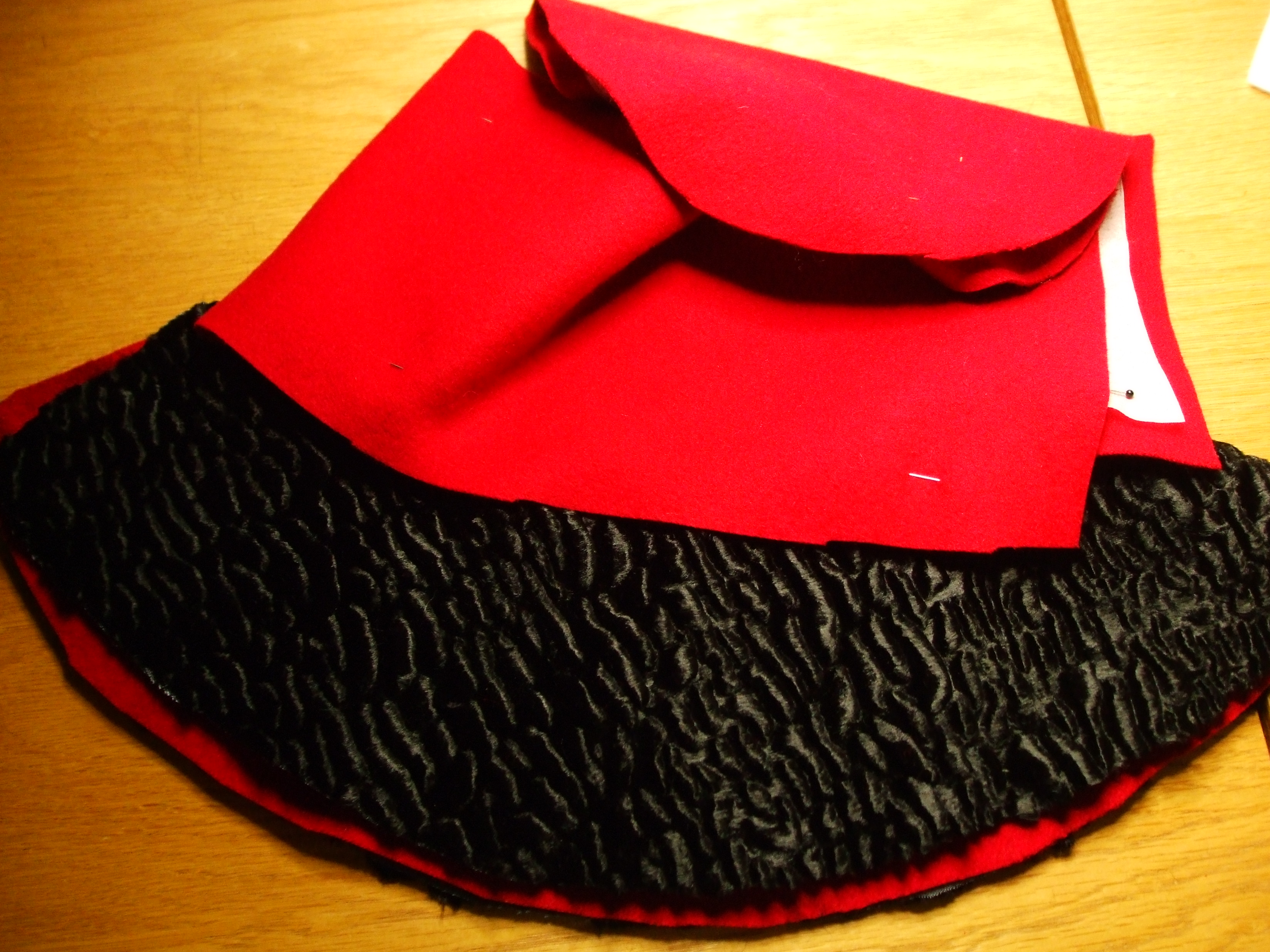 What to line it with?  I don’t want excess static making me look like Wurzel Gummdige

The main hat is wool of course, so I presume silk would be playing with fire, as would acetate.  I have some fine silk/cotton blend…would that be too static-y?  Maybe I can find a bit of cotton sateen or similar in my scrap nest?

Anyone ever made one of these?  I can’t find any reviews or blogs anywhere…what a trailblazer I must be!