At least the unpicking was pretty, as I have the overlocker threaded in a medley of green blue and purple, cos why not?

I made myself more grumpy by finishing off listening to a crap audiobook [‘A Discovery of Witches’, sort of Twilight meets Mills & Boon.  Very tedious, I will be claiming my money back on that one.]

Eventually, trousers taken to pieces, crotch curves front and back reshaped using the Style Arc ‘Linda’ pattern, an inch or so shaved off at the back waist, and half an inch taken out down the long straight front seam, I machine basted and pinned them, tried them on, and pronounced them good.  It took about half an hour to reassemble them, and another ten minutes standing on a stool so the missus could pin the hems for me. 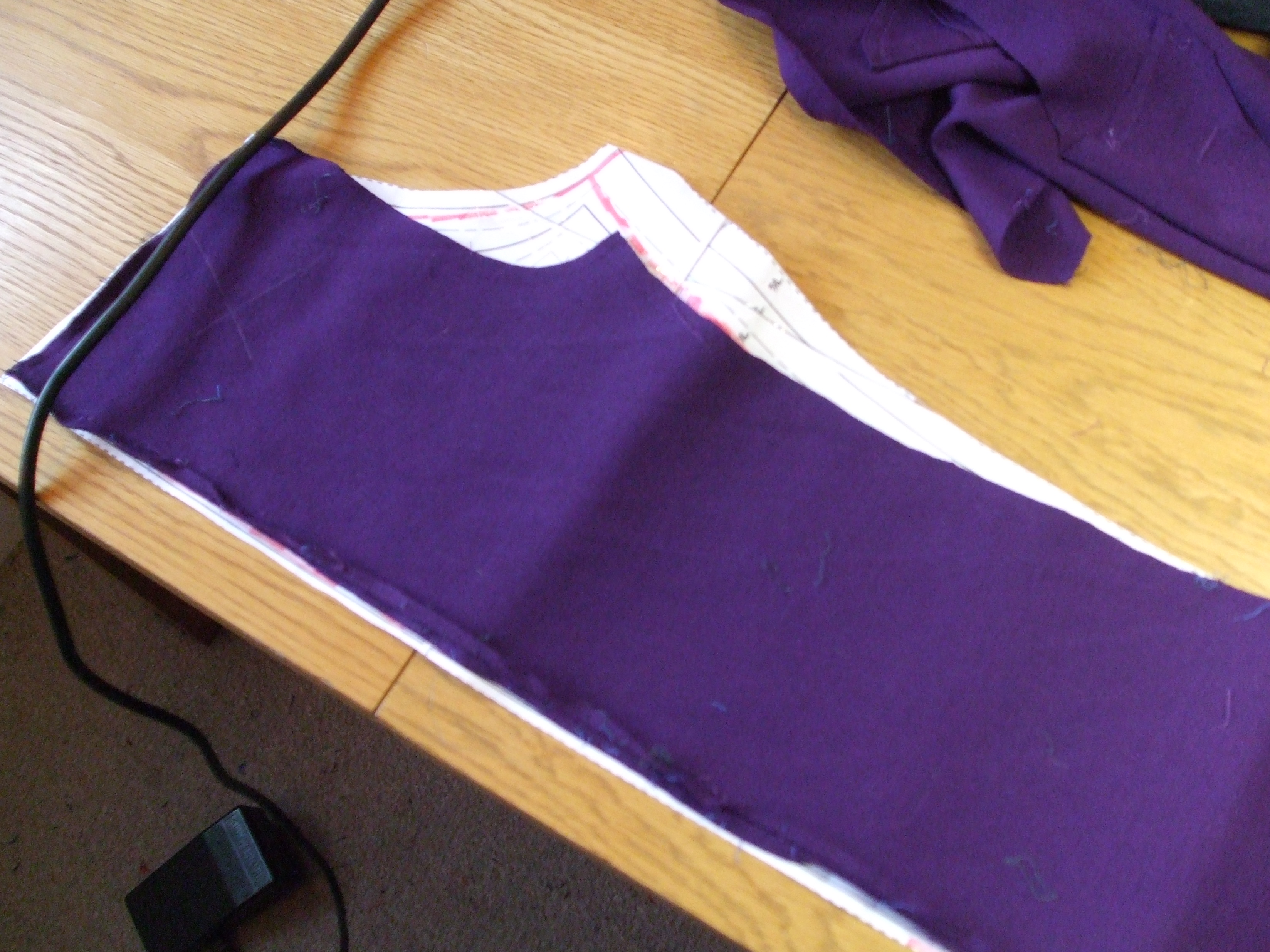 On perusing the changes to the pattern, I think the issue is from all the size grading being done through those crotch curves, because of the style decision to eradicate side seams.  Another lose for the indie brigade I’m afraid- I love the style, but that’s very amateurish isn’t it?  It also explains why the ‘Moxie’ shorts also looked hideous.  I really need some summer shorts, so may decide to try to salvage those…let’s see. 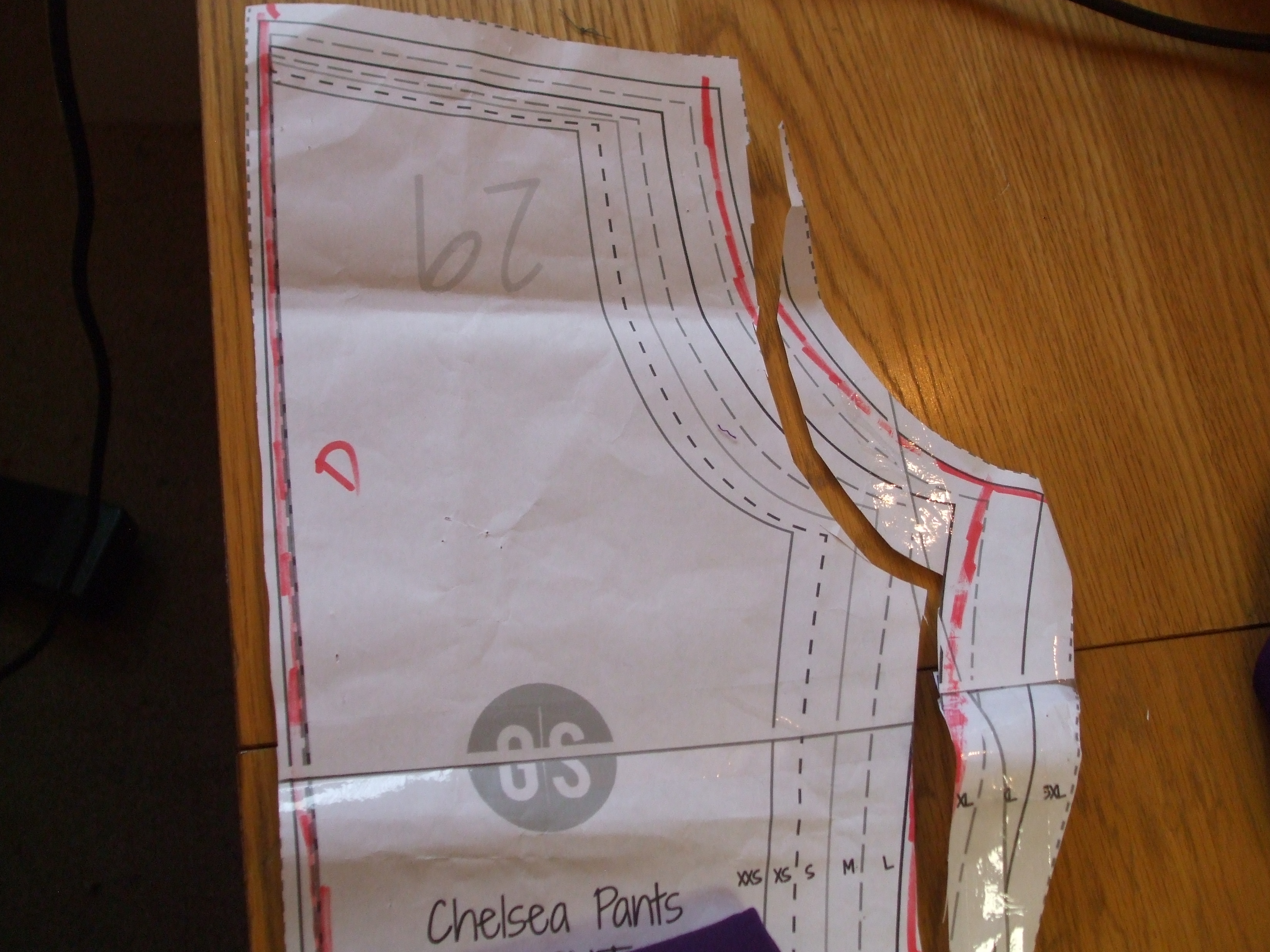 Back to the sewing room to level the hems, trim and hand stitch them [I hate machined hems on knit fabric], et voila!