I left the scarecrows until almost the last stage, as after all, I only needed old clothes, some patches, and ‘straw’.

I’ve already mentioned how I decided to make the wigs from craft foam ‘caps’ and lengths of raffia sewn onto strips of cloth, then glued to the foam.  The boy one, complete with ‘manga’ style fringe, was very simple, the one for the girl was bulkier, as I wanted long pigtails.  The actress has quite a lot of hair though, and it all kept wanting to ping off, so I added two fairly strong elastic straps at the back, which hooked under her own hair and did the trick. 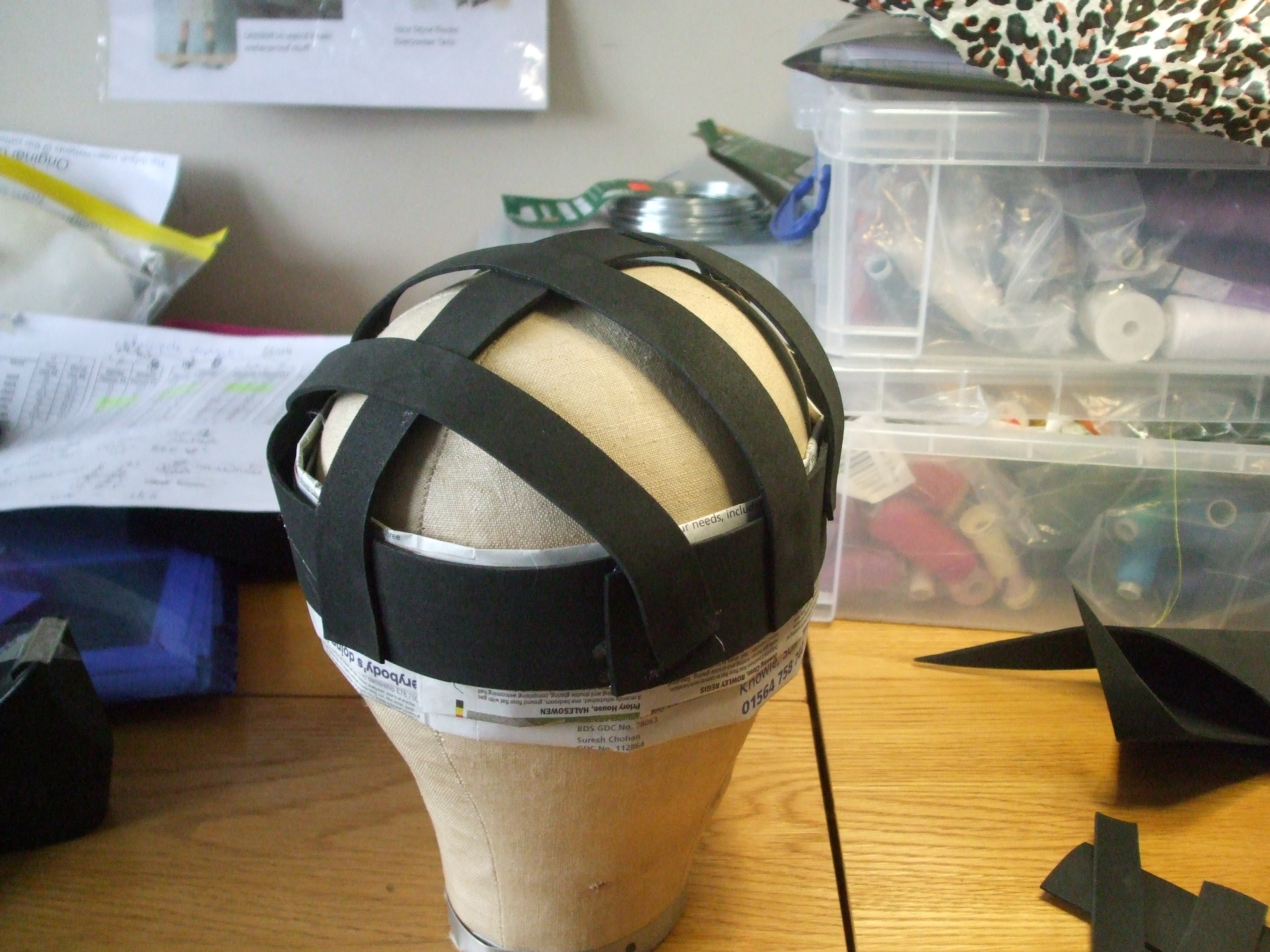 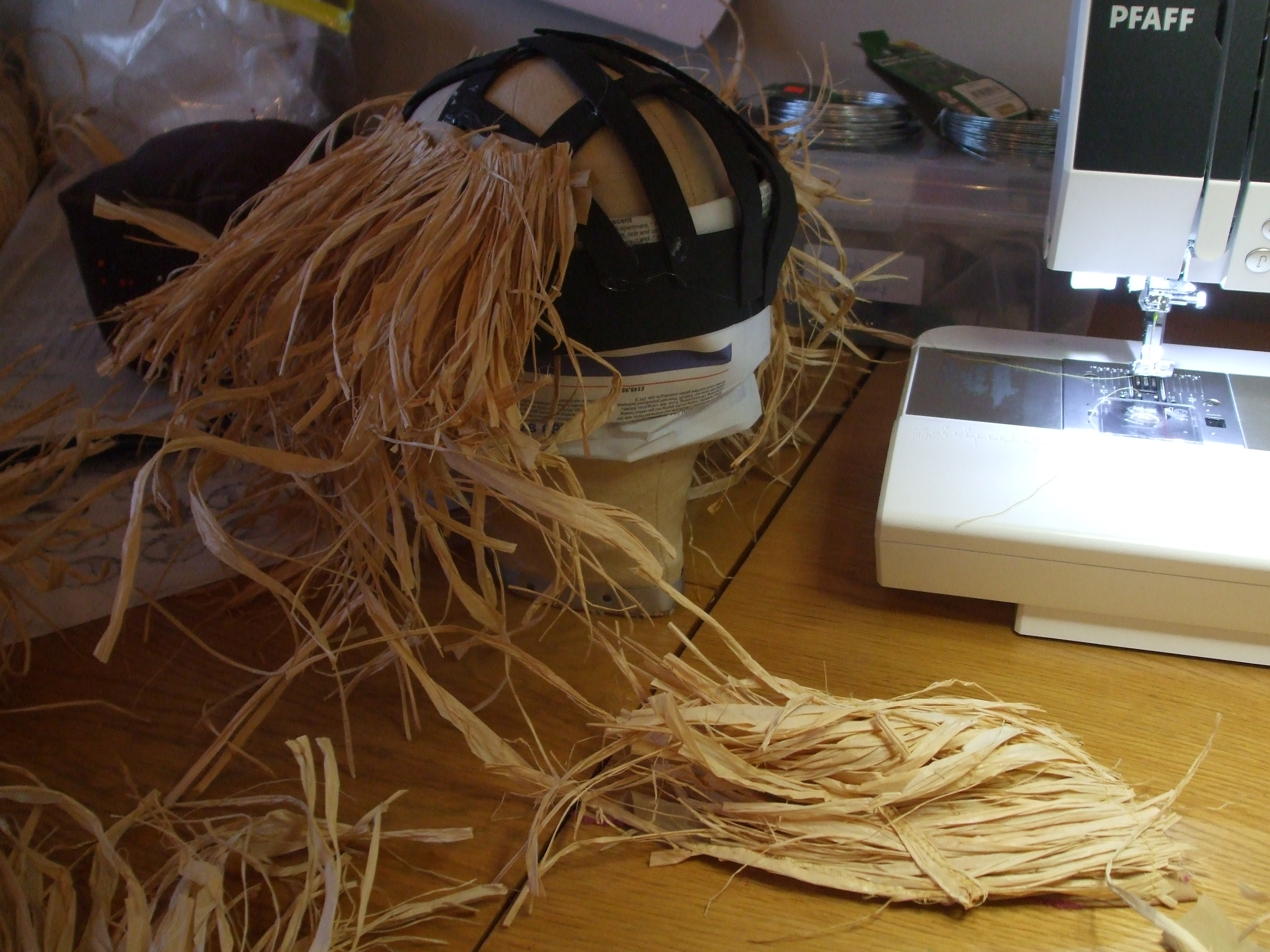 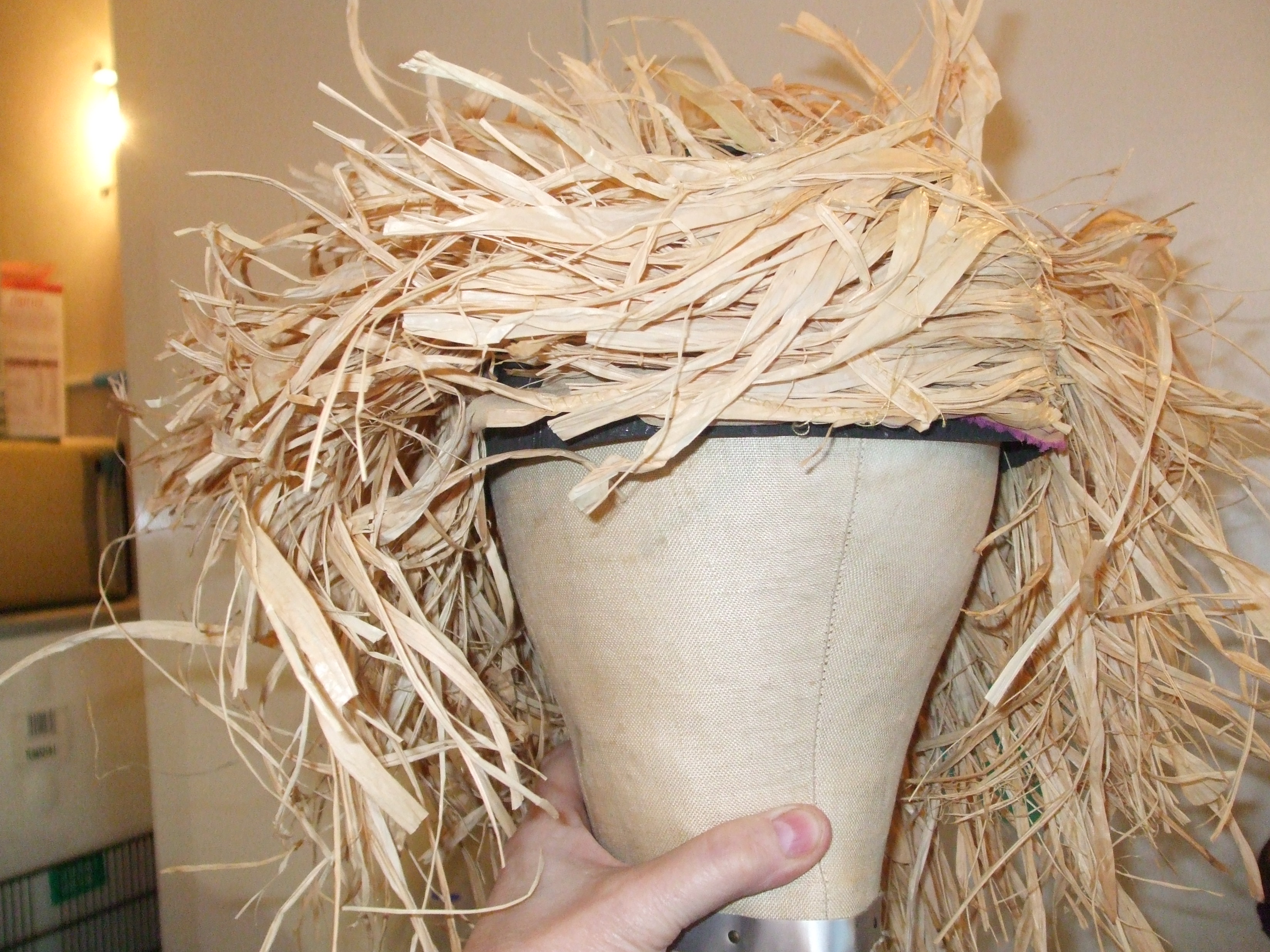 The girl scarecrow’s clothes were really easy, as I found a brown cropped sweater and pinafore dress in the stock cupboard.  A pair of brown tights, and all she needed were some patches and ‘straw’ sewn on.

For the boy, I found an outsize tweed jacket in stock, which I shortened.  I removed the sleeves and used the fabric to make patches, along with some lining ripped out of another stock item we used.  I sewed them on very messily, nice fast job!  He wore  a beige polo neck from stock under that, with raffia sewn at the cuffs.  The trousers caused me some grief- there was nothing in stock, and I was running out of time to make anything from scratch.  then I stumbled upon an old pair of velour trousers I occasionally wear round the house, added patches, and hey presto!  Two scarecrows.

The lad was so fond of his wig, I let him keep it and he was VERY happy lol 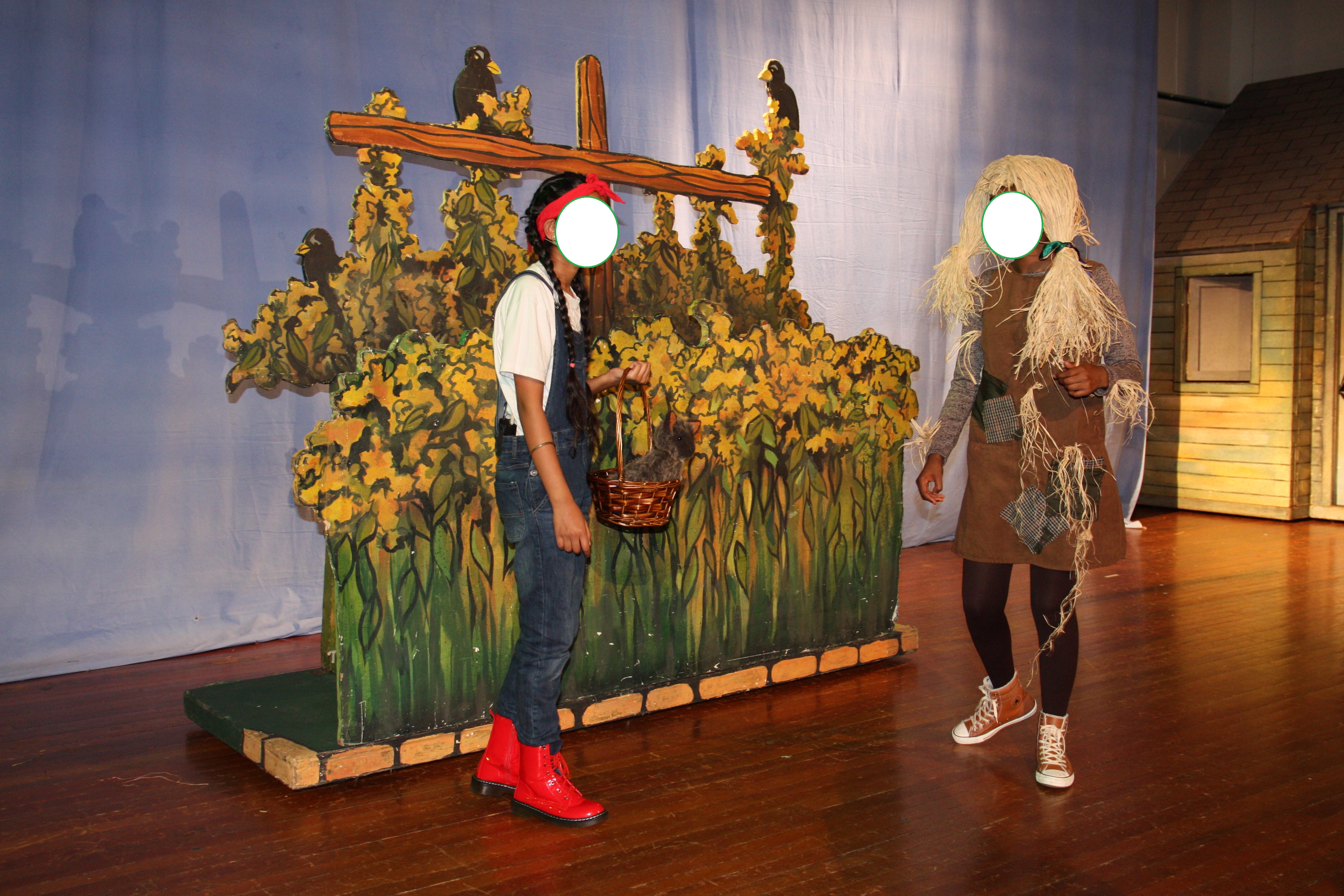 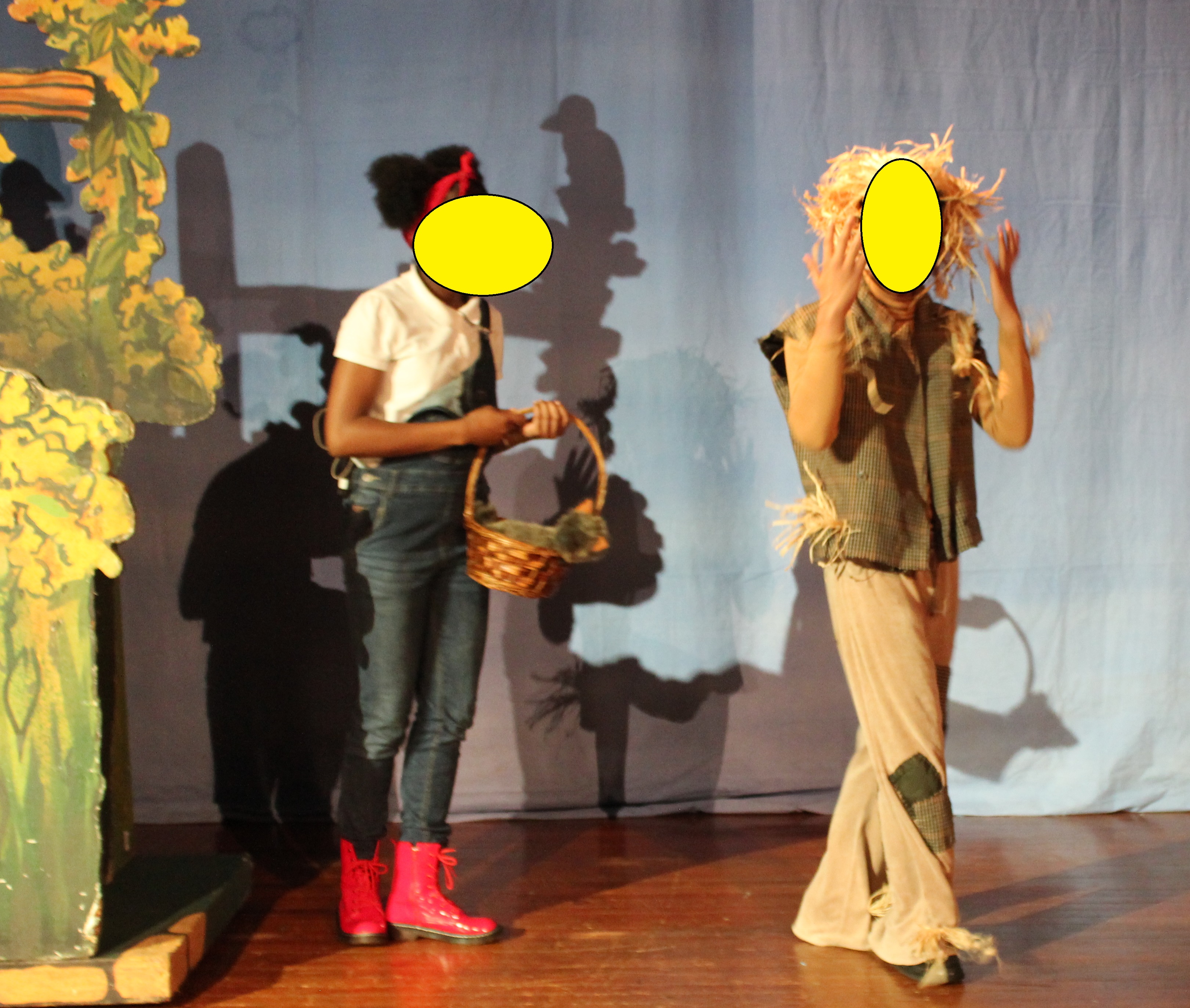 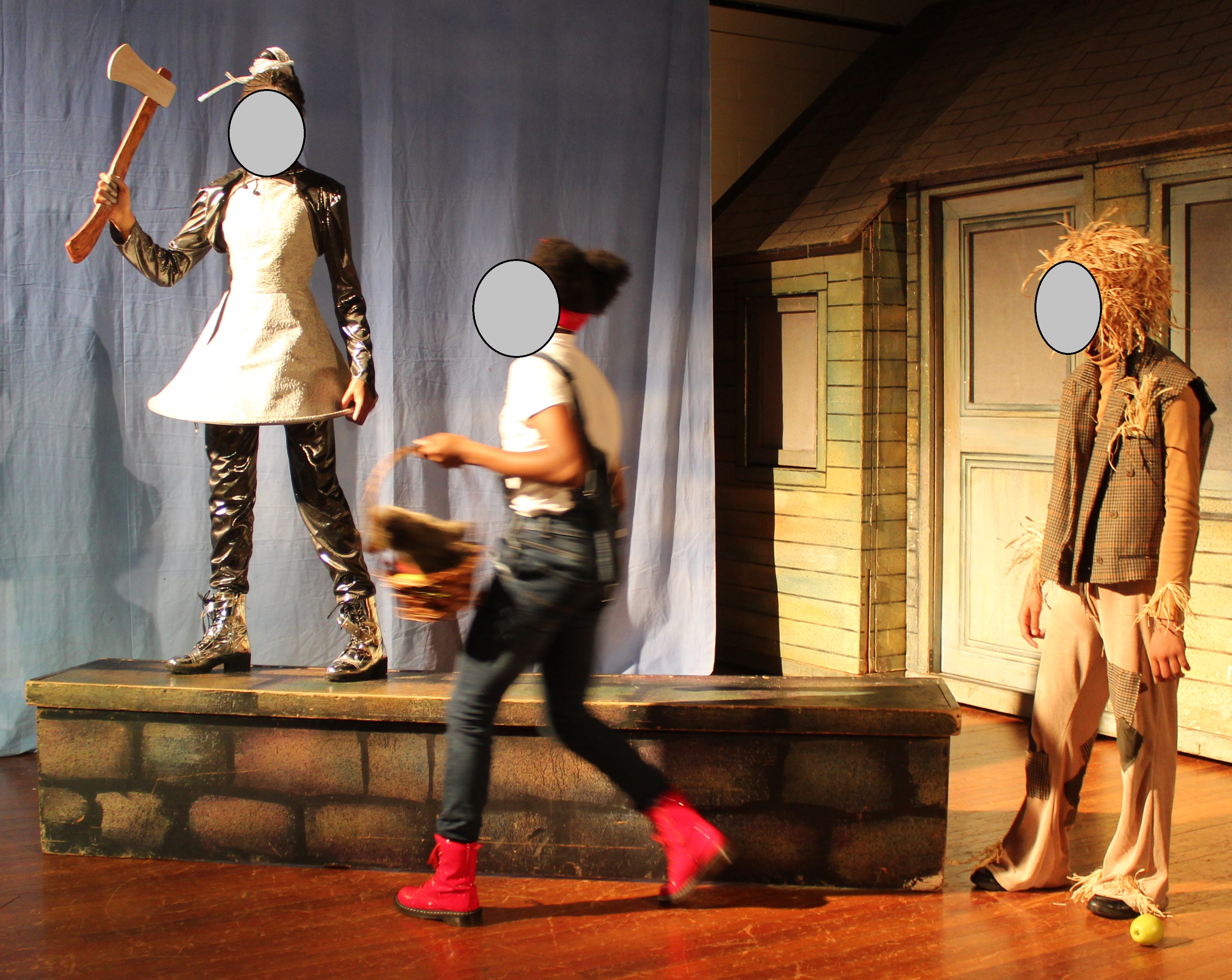