I only seem to be able to find the energy to sew at weekends, so I’m not progressing to my expected schedule…but stuff IS happening on the panto front, honest!   Work is going swimmingly, maths club and sewing club underway, and this week we started up an after school session as a ‘clone’ of a club run at Birmingham University for prep for Oxbridge-style entrance exams.  THAT was tiring.

I took a few things in to show the cast a week or so ago, took a few additional measurements, chased up on the dame’s boobs [more on that later] and checked if any plans had changed in my absence.  All good.  I’d hoped to go each week taking signs of progress but it seems to slip into being every other week…

I’ve been charity shop shopping, got quite a stash of curtains and curtain linings, collected some donated sheets from the cast, and found some more glitter and glam on a Facebook destash group [should be arriving soon]

Cut out [today] for the next stage of sewing 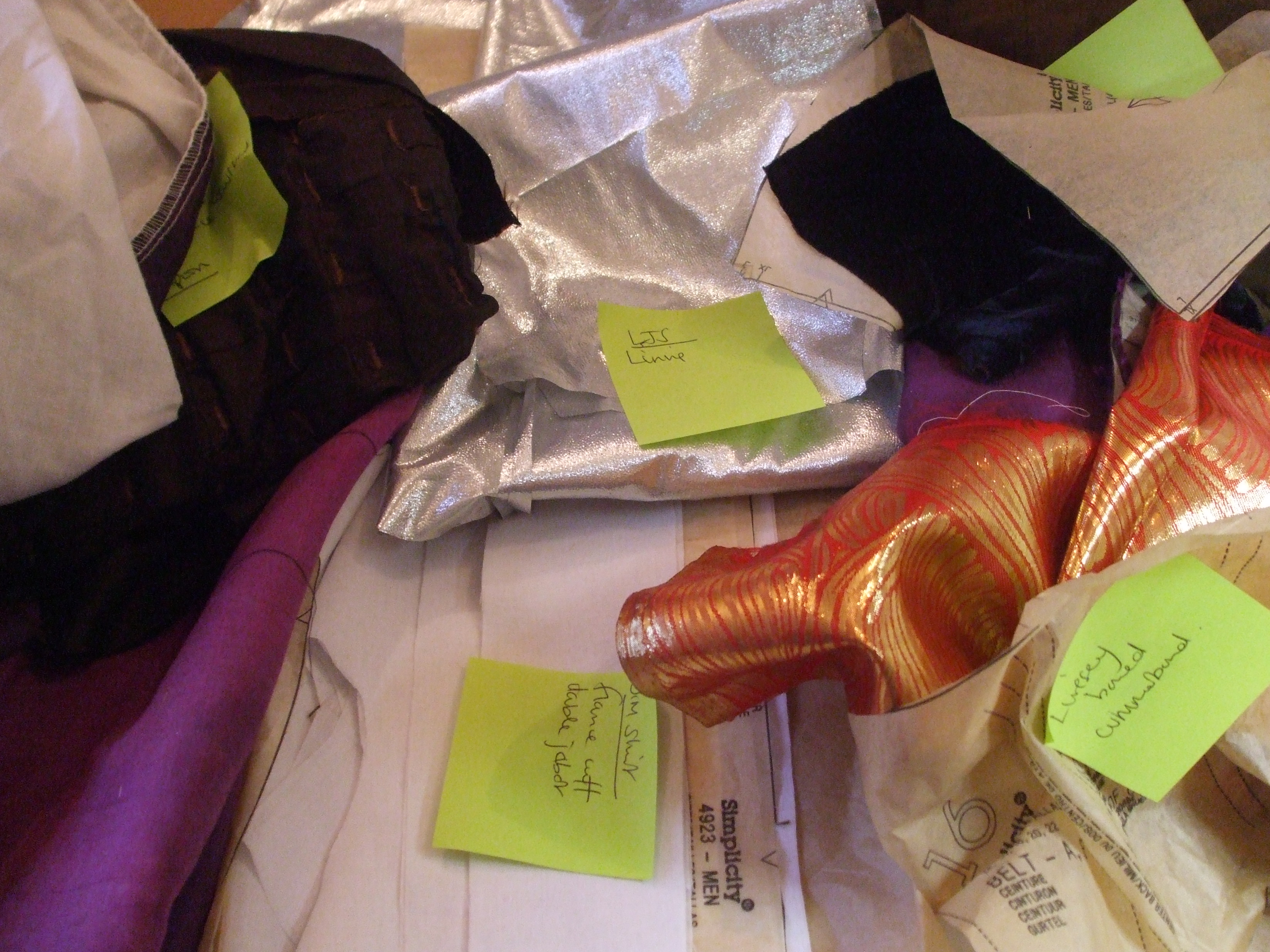 Now the cutting out is paused because now I have to find a suitably robust underlining for the captain’s suit, the velvet is floppier and stretchier than I would have wanted.  Lots of ironing on interfacing to come, plus recutting all those pieces of underlining.  Sigh.

Just in case you thought I was being lazy!