Have you missed me?

I’ve missed you of course, work continues VERY busy, all sorts of open events, Parents’ evenings, after-school and lunchtime clubs and so on.  I’m still crashing out when I get home from work most evenings, to wake up groggy and starving at 8-ish.  Sigh.

However, IT’S HALF TERM YAY!

The missus us feeling much better, all her blood tests came up clear for ruling out everything that ISN’T IBS, so that’s a relief.  I had a very upsy-downsy final week of term, with set-tos with my only troublesome student, culminating in him being removed from my set to my great relief. [And to his delight, hey ho, whatever, now I can teach the others without pandering to your adolescent diva-style behaviour]

I had a conversation with a senior teacher about what the school could do to deal with ever-increasing issues of homophobia, and got several of my proposals actioned, although it took some intense conversations with various people to get them out of the ‘baby steps’ mentality, and worries about upsetting this group or that.  As I pointed out, this is a child protection issue, LGBTQ+ kids are many times more likely to kill themselves, or be beaten or killed by others, for their identities.  I feel really good that I have pushed them to make a serious start to changing the culture in school.  It will be a long process, but ultimately, lives will be saved.

Many emails and calls abounded pressing for progress on the costumes for Treasure Island panto, and it turned out that I hadn’t been very well informed about the schedule from the start.  Ho-hum.  the show is at the end of November, BUT it turns out that the ‘tech rehearsal’ on the Saturday just gone, would be the ONLY chance to rehearse in the theatre before the show.  I was banking on all of this half term week for some hard work to get things close to completion, but I was being asked to take it ‘all ‘with me to rehearsal.

Ah well, I took what I had, which is a fair bit [4 large shopping bags, huge cardboard box AND of course my sewing machine] so that the hours would not be completely wasted just pinning and tucking.  I hate having to pack down a workspace, you can’t ever be sure what you need!

I spent  a few hours in the morning to good effect though- I padded the dame’s bra to humungous proportions [these circles are side-plate size], made a skirt for the dame to go over paniers, and whizzed up the seams on the sequinned coat.  The world is currently covered in bits of sequins, you know how it is! 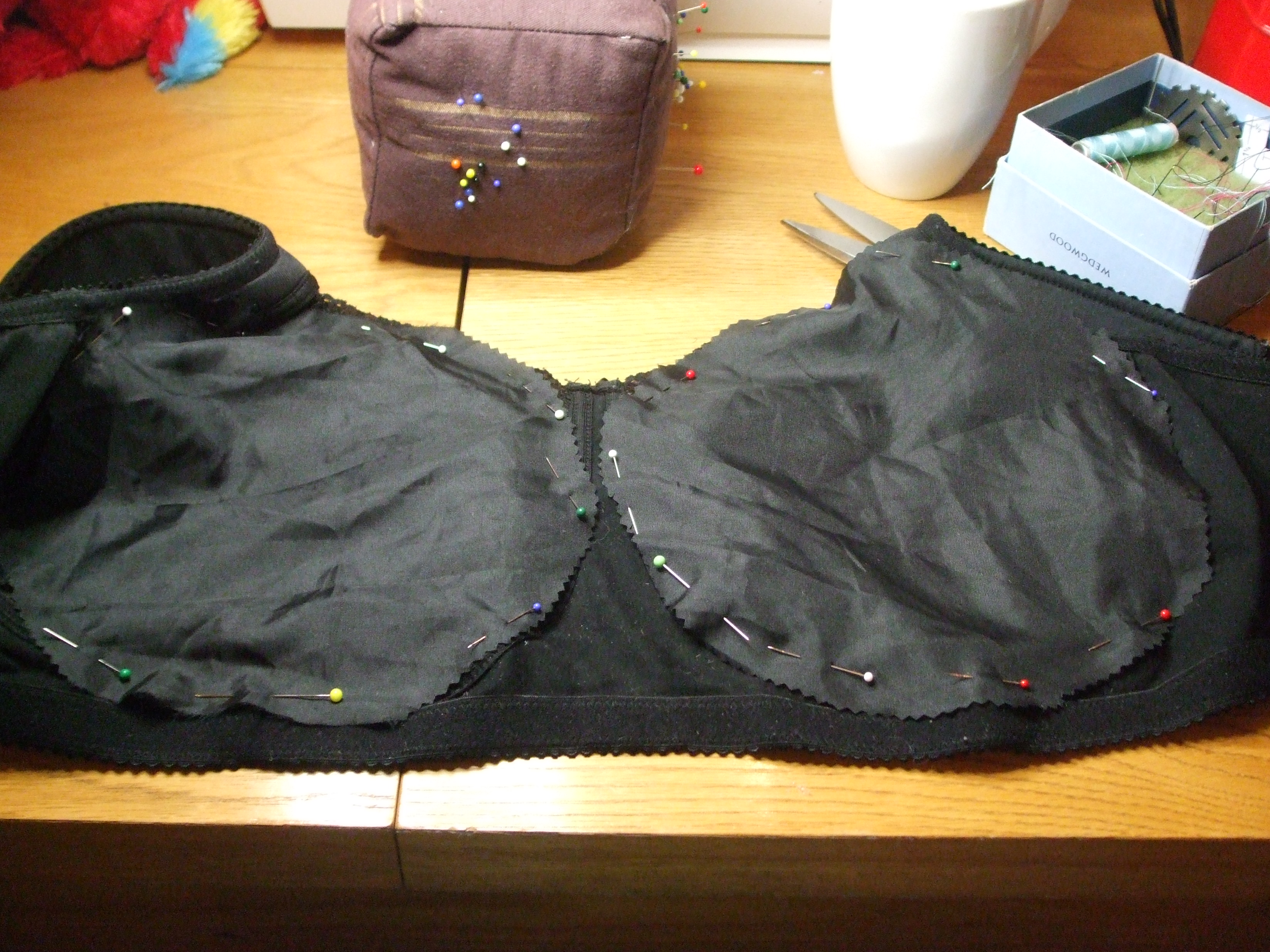 When I got there it turned out that one character was not in attendance, so I could have left THAT costume behind, and the blocking out had taken ages as usual so they had already done enough with the first act and were concentrating on the rest.  This made another couple of costumes redundant, of course the ones which were most complete.  Sigh.

I had only one character that so far had nothing to wear, and did a whizz of a job by sewing him some custom made leggings and a pinned and draped T shirt while they all came in and out. I used this same drafting instruction to make the leggings for my ‘tin men’ in the school production.  It works well, but doesn’t fit anywhere NEAR as closely as the instructions indicate.  I also lowered the crotch on these to give a sort of saggy Aladdin-esque type of look, for comedic value!  No pic yet I’m afraid, he was off stage when I took my snaps, and also took the things home… 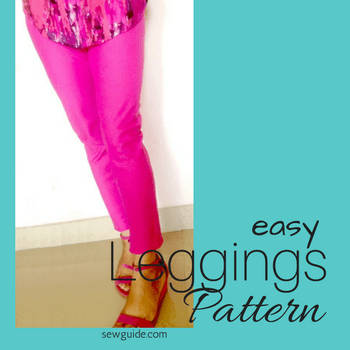 I also completed 3/4 of a smart waistcoat for Jim Hawkins, took in a lobstertail bustle by about 4″ [don’t you just hate people with ever=decreasing waists?] and the dame’s skirt by about as much.  I also got elastic attached to the lobster headpiece, and checked that the crab hat fitted…he then forgot to wear it for the photos.  Ah well.

I re-lived the joys of handling very sweaty costumes too, delightful!

I got to check the sleeve position in Jim Hawkins’ sequinned wedding coat, and got a couple of fast snaps of most of the cast on stage, which at least made me feel happy that the colour scheme looks good!  Although cast members were ALL told to tuck their ruddy shirts in, they had to be scolded about it several times.  Just like being at school!

Our dame is rocking those tits don’t you think?

Hangers broke, people took their costumes home when they should have come to me, others left things in disarray, blah blah nothing unusual.  Fun in fact! [Apart form the damp costumes lol]

So, half term, I’ve spent  a day doing sod all to recover a bit, and have slimmed down the list of what still needs to be made:

And that should do it lol

Actually pretty easy in [more or less] a week.  Remember, it only has to be ‘good enough’ for stage work!

7 thoughts on “Panto-ing Towards the Finish Line”