A few days ago I was invited to join “#MayWriteABit 2020 mutual support group” on FaceBook.  I was ambivalent, but have been reading group members’ comments as the kick-off date of May 1st approached.  I finally decided to go for it this morning.  Those of you who’ve been around on this blog for a while will remember I took part in CoBloWriMo a couple of times, blogging a daily post about costume making every day for a month, following suggested daily topics.  We have no stimuli in this group, it’s wide open- some are already used to regular writing, others are starting a new, some write fiction, some poetry, some personal diaries…

I know I will be more likely to stick to this if I have a structure, and hey, without over-thinking it, what about numbers?  Every day, another number, other restrictions non-existent…what could go wrong?  Let’s see.

First memory:  toddling out the front gate of our house after a ball I’d dropped, tripping and ending up lying in the gutter screaming the place down as cars whizzed past my head [and getting a good smack for it when rescued].  I must have been about 2- we used to live in some of those old back-to-backs, now all gone bar a few preserved as museums, and it was fine for me to toddle from one house to another, located by means of my slippers with bells on.  All doors seemed to have been open, many households were close relatives anyway, and most importantly we did not live on a main road.  Fast forward, we were re-housed in the great slum clearances, and now lived on  a dual carriageway.  Even back in 1962 there was a fair amount of traffic, so it was quite an exploit! 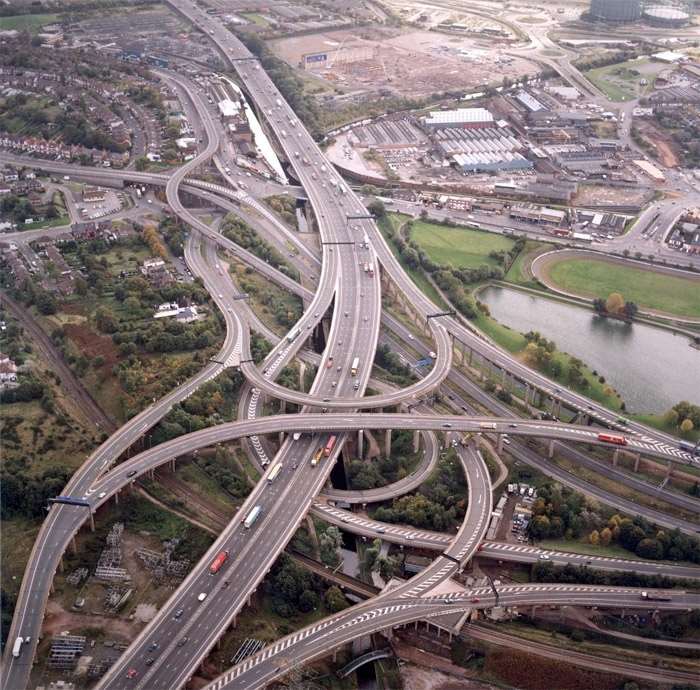 First friend:  I did not go to nursery school, or attend any playgroups.  My younger brother and sister came along close together not long after we moved house, and I was often left to play by myself, or stayed for the weekend with a great aunt.  I used to love these visits- her children were much older than me, and she would spend a lot of time with me, teaching m to knit or sew.  I did have an imaginary friend, but did not have a proper friend until I started infant school in 1965, where I found the schoolwork totally absorbed me [I’m a terrible geek and was a voracious reader at 5] but the social side of thinks was beyond me.  I eventually palled up with the only other ‘brainiac’ in the class, who didn’t mock me for having ‘eaten a dictionary’ and we remained very close friends for a very long time- she eventually destroyed our friendship in a terrible, dramatic act, in 1992. 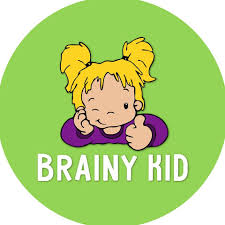 First make:  I made loads of things under the guidance of my great aunt, was an arty child, happy drawing and making things all the time, sewed and knitted for my toys, and spent my pocket money [when we eventually started getting any, many years later] on Airfix kits, for which I could never afford the ruddy paints!

We started having ‘proper’ sewing lessons at secondary school, where I remember the misery of making an extremely boring apron, which was dragged out for what seemed like an eternity, but was probably a term or so.  We had to embroider our names on the pocket, in tiny white chain stitch.  If the teacher measured your stitches and they had go too big, she made you unpick the whole lot, every single bit.   I realise now that this was a ploy to make sure the task lasted for the assigned number of weeks!  It was a very nice apron though, I wore it for years, and then my mum kept it when I left home and wore it until it disintegrated.  The next project, believe it or not, was a shirt.  A proper shirt with collar, cuffs and buttonholes.  It took so long none of them fitted by the time we finished!

First job:  I left home to live with my first boyfriend in  1977, dropping out of 6th form, and moved to London for a while.  I found work in a company of Christian Chartered Accountants, just off Baker Street.  It was  a very strange place, and I basically had three jobs- the title was ‘Junior Tax Assistant/Audit Clerk’ but I also did all the repro for the company, which I loved, shut away on my own in a room full of interesting machines and binding and laminating gadgets.  The contract required me to buy a calculator out of my first paycheck.  I earned £35/week, and the calculator cost £25, one of those rubber-buttoned Sinclair monsters.  I had to get the tube from Wembley Park to Baker Street, and was tickled pink to be listening to Gerry Rafferty’s ‘Baker Street’ as I walked down Baker Street.  Geek happiness.

That’s enough firsts for now, you’ll be relieved to hear.

I have raised £1265 or thereabouts [gf.me/u/xva4nc] and have spent all but about £120 already.  I have got another 100m of fabric waiting to be cut out, a dozen sets of scrubs on my work table to be sewn, and have already sent out 48 sets to various places.  It’s boring as hell, but I feel like it’s giving me something helpful to do, and of course sewing is a great stress-reliever.  I just sorted out some scraps and remnants to make a few masks for us and our parents, ready for when the government gets off its sorry ass and makes them compulsory wear outside the home. 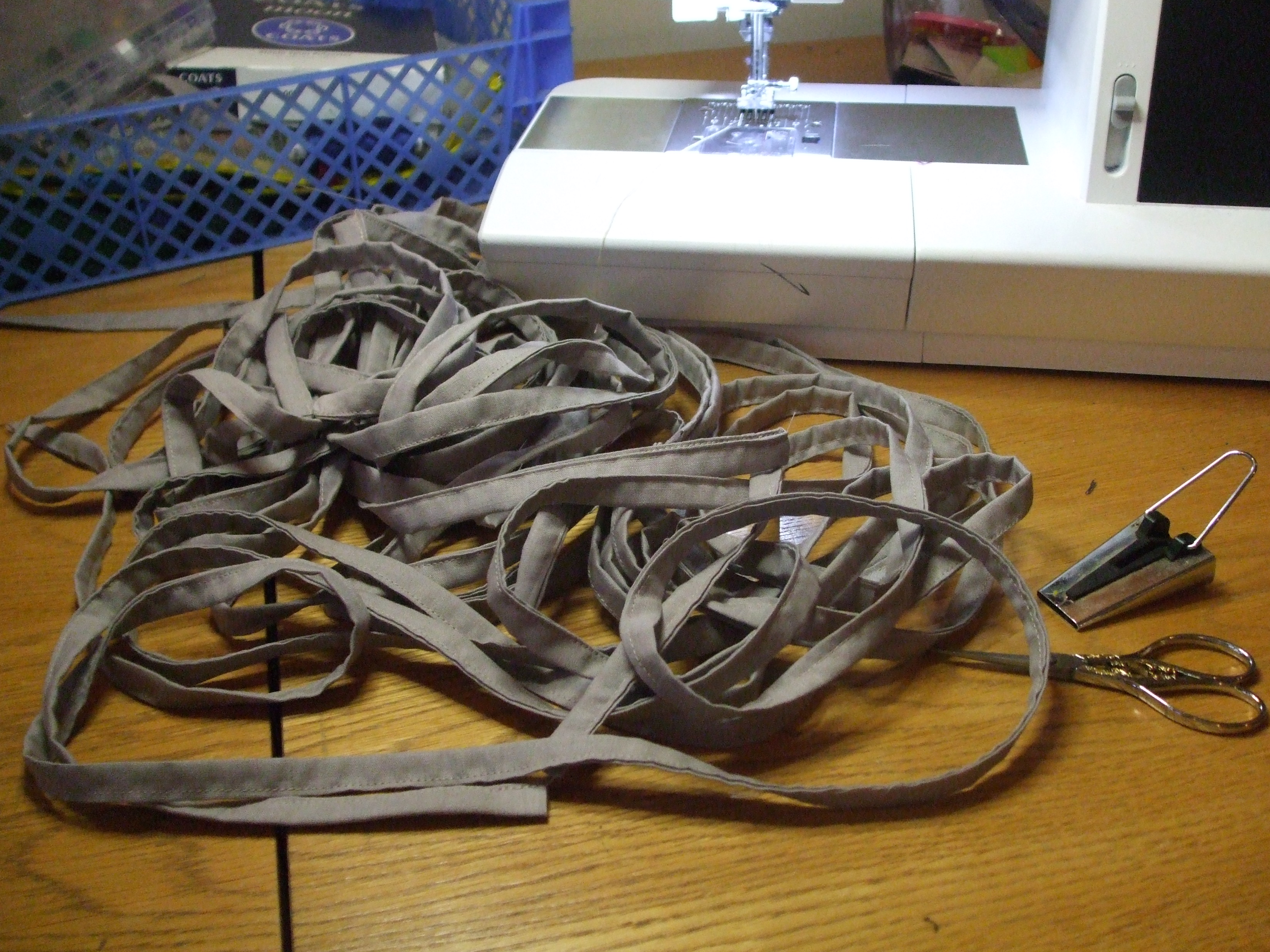 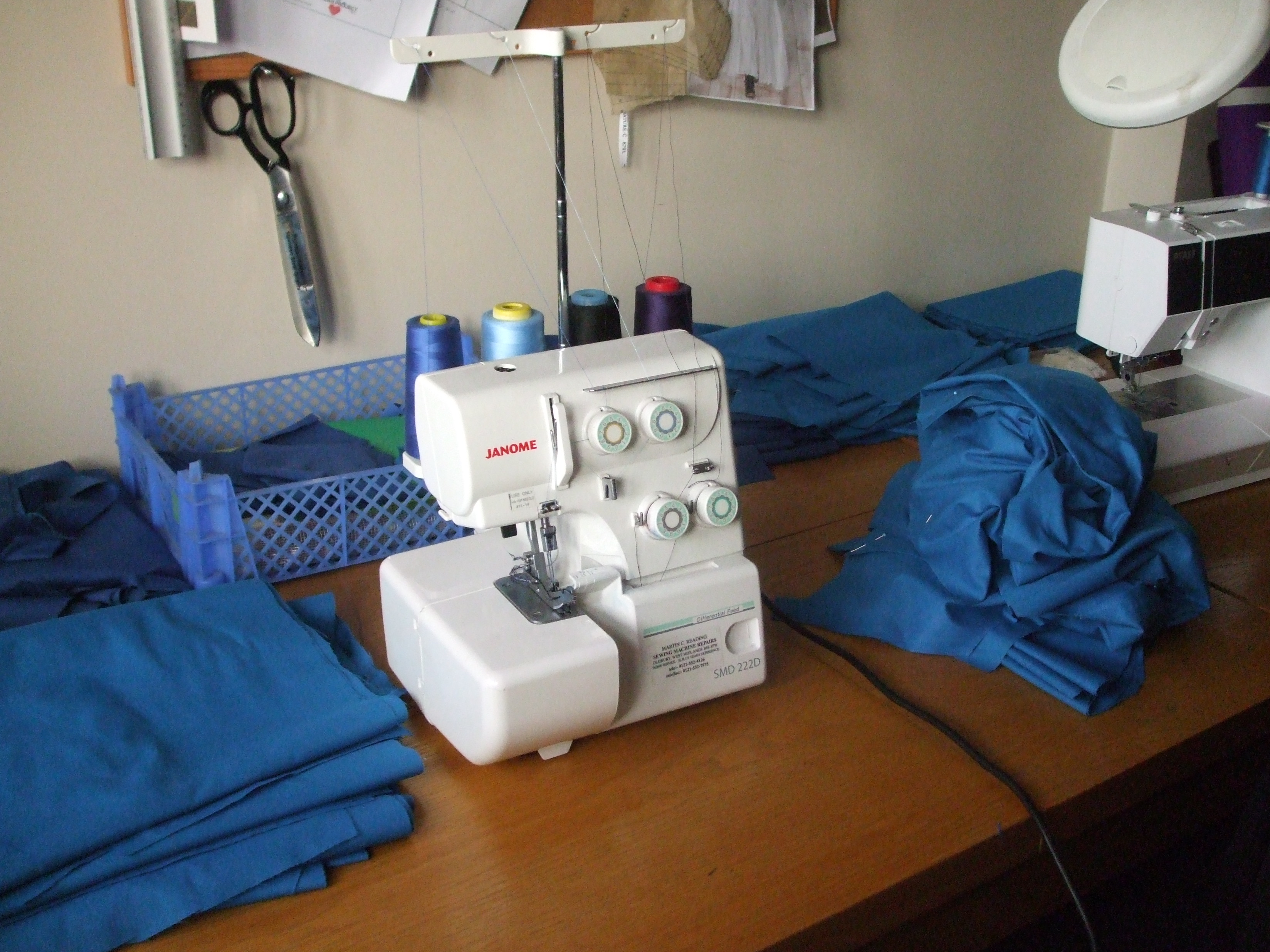 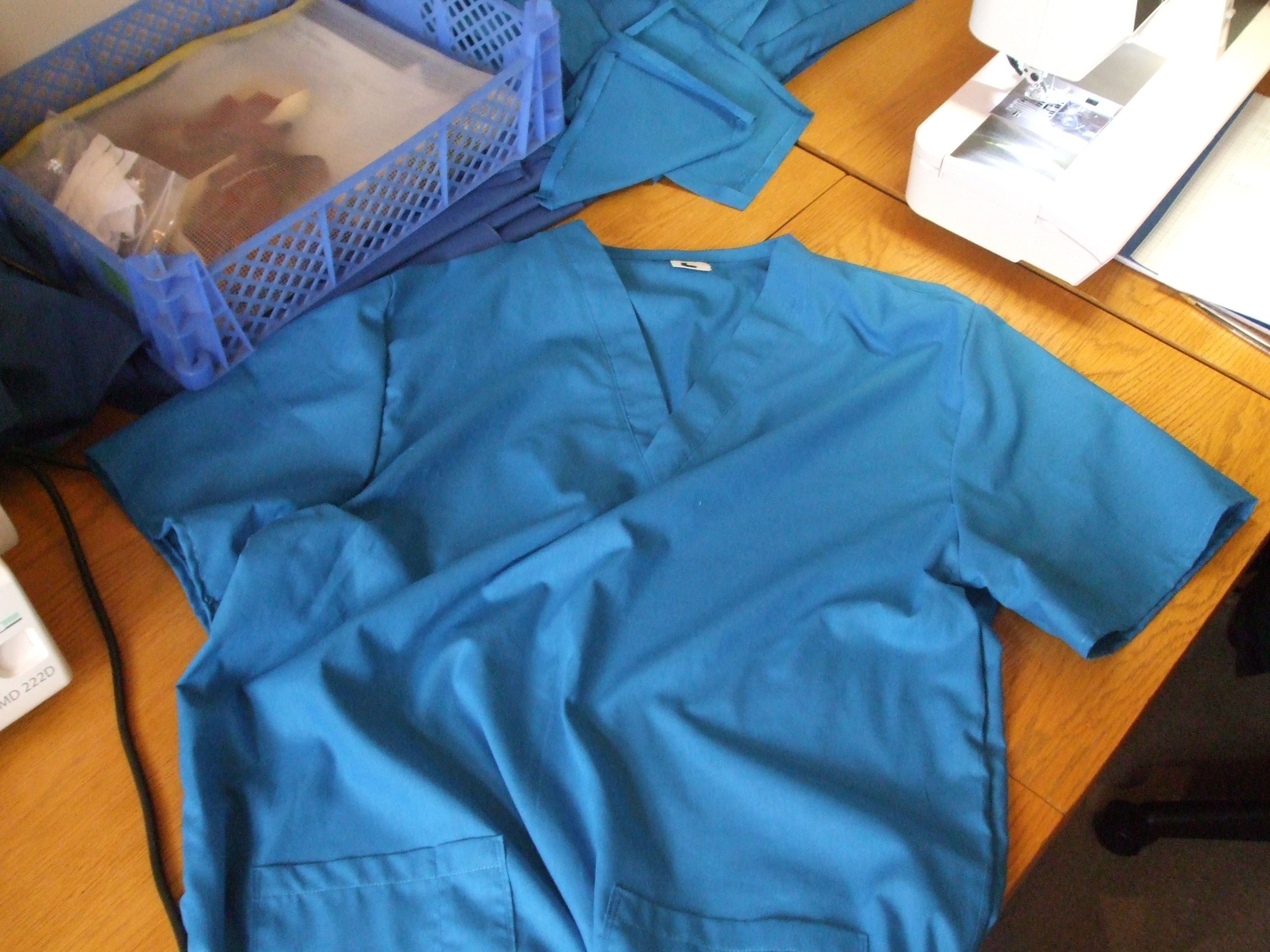 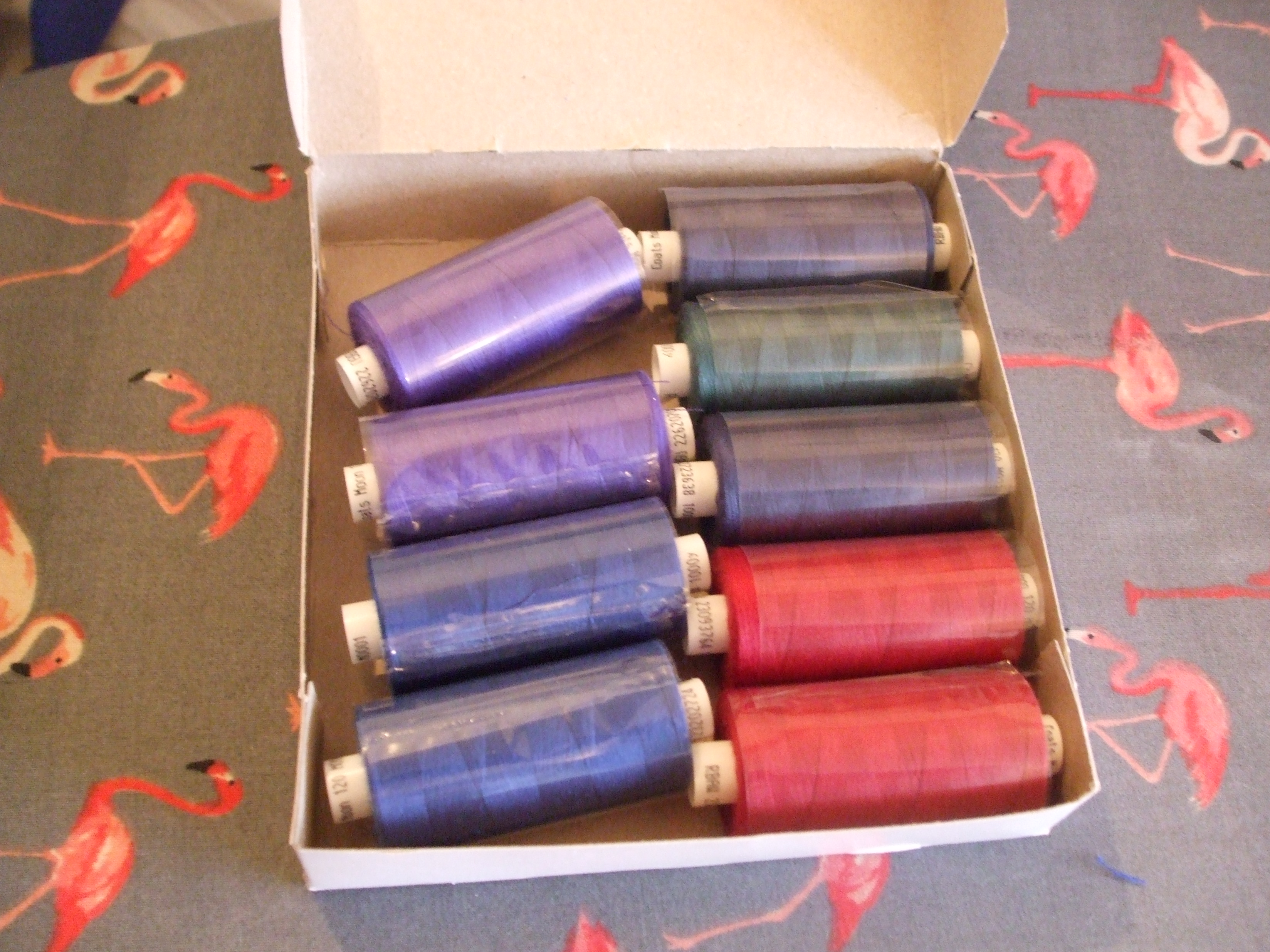